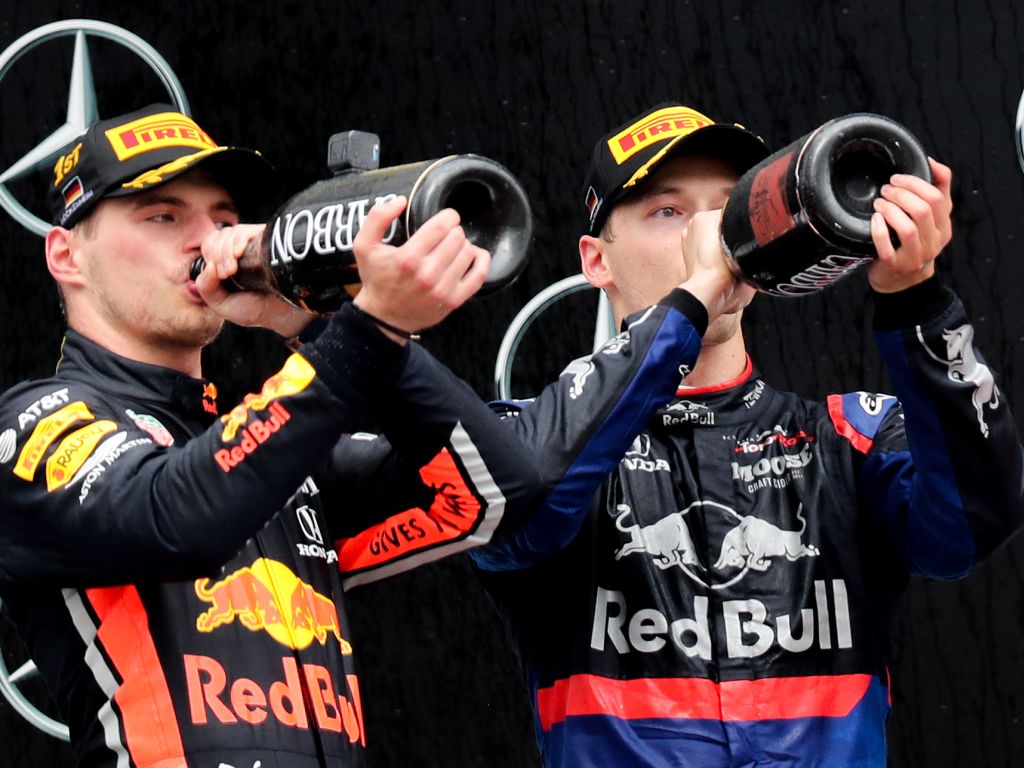 Daniil Kvyat has said that he would like to return to Red Bull and test himself against their star driver Max Verstappen.

The Russian driver spent just over a season at Red Bull from 2015-16 before being demoted back to Toro Rosso and ultimately dropped from the Red Bull programme.

He returned in 2019 though and enjoyed a solid season, claiming P3 in the German Grand Prix to give Toro Rosso, now AlphaTauri, only their second podium in the series.

Currently Alex Albon partners Verstappen at Red Bull after he made the move over the summer break of 2019 to replace the struggling Pierre Gasly who was sent back to AlphaTauri to partner Kvyat.

But Kvyat would love another crack at Red Bull to test himself against Verstappen who has seemingly molded the team around him.

“It would certainly be nice to be Max’s teammate,” he is quoted by Grandpx.news as having told the Dutch publication Racing News 365.

“He is now in a good place with a team that does everything for him, and besides that he is also mentally very strong. For those reasons it would be interesting to be his teammate.”

Kvyat has actually come up against strong team-mates both before and during his time with Red Bull, and he believes that reflects well on him.

“I have had some very strong teammates,” he said.

“Carlos Sainz was my teammate at Formula Renault and Ricciardo of course in Formula 1 at Red Bull.

“That was an interesting year, because Daniel had beaten Sebastian Vettel the year before but I could still beat him that year in the number of points.

“I certainly think F1 fans still remember that, although it’s true that people often look forward rather than back. You always want to do better than you did in the past.”

Red Bull have said that they see AlphaTauri as a sister team now rather than a junior team, and Kvyat agrees due to the experienced driver line-up they now have with himself and Gasly.

“I agree with Franz Tost [AlphaTauri team principal] that we are no longer a junior team, because this year we have an experienced driver lineup,” he explained.

“I also think we are now able to move forward faster with regard to developing the car.”