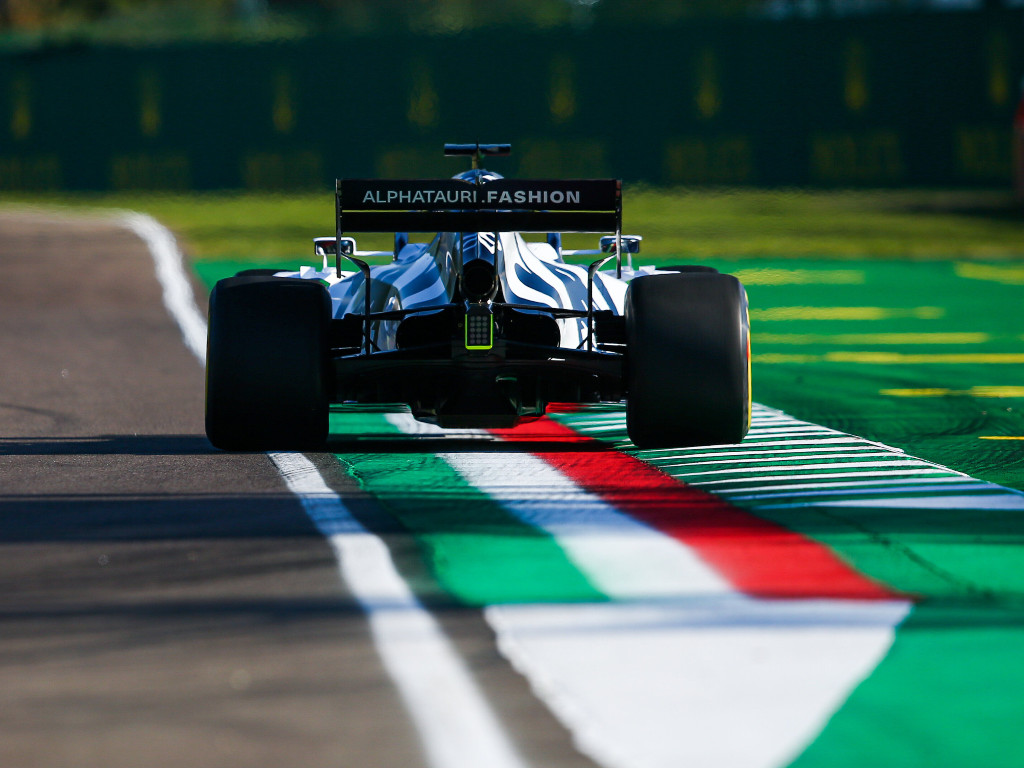 It’s safe to say Daniil Kvyat is not a fan of track limits, the AlphaTauri driver feels they are “killing” racing.

As gravel continues to become less prevalent in Formula 1 the FIA have found a solution to ensure that drivers don’t exploit the extra space, that being track limits.

However, the boundaries at the Emilia Romagna GP were shifted after a practice session where 60 lap times were deleted in 90-minutes due to breaching track limits.

The number dropped in qualifying, but there were still some costly deletions, just ask Kimi Raikkonen who lost his fastest Q1 time to track limits and was eliminated as a result.

Track limits are universally unpopular with the drivers despite the FIA saying gravel traps are not an option everywhere.

But Kvyat was strong in his criticism, saying Formula 1 is “killing” racing with these track limits.

“We don’t need these white lines,” he told reporters, as quoted by Motorsport.com.

“It makes me quite upset because it kills a lot of racing. And it just kills such a great track as well. That’s the problem.”

Kvyat added that he passed his concerns on to FIA race director Michael Masi before qualifying.

He added: “I mentioned it to him, but the track owners, they have to build run-off areas for other purposes, perhaps. We know it. In Mugello there was never a problem with run-off, with track limits. There were gravel traps, simple as that.

“And I think most of us would agree that this was the best solution, but unfortunately not on every track we can have that. So we’ll need to probably look for a better solution.”

“Whether we say we need to keep the wheel on the white line, or on the kerb. I think we’ll have this discussion every time.

“Most important is just to make it clear what we’re able to do, and then after we go to play with the limits that we are given, so at the end of the day, we all get the same ones. And then it’s up to us to respect it.

“But sometimes it just feels for us will be better just to put gravel, and then the one that goes too far just ends up in a bad situation and will be penalised on his own.

“Obviously with this run-off it makes it a bit trickier for them to judge. But I’m fine with that as long as it’s clear, because it’s the same for all of us.”

Kimi informed his time was deleted due to track limits:

Red Bull’s Alex Albon can be added to the list of disgruntled drivers, and while he knows the Imola owners have to think about the safety of bikers with MotoGP using the venue, he thinks there must be a better idea for Formula 1 than track limits.

Or at least a way to make it clearer where the drivers can and can’t place their cars.

“It’s been a bit strange, because obviously firstly, the tracks lend themselves towards it. I’m sure people will comment that drivers need to respect it, but we’re pushing out there and these cars are so well built that for us, it’s basically, there’s no risk or no punishment for going too wide, it’s just pure lap time,” he said.

“So the more you can get close to that white line, you can just go faster and faster. What’s annoying in some respects is not the inconsistency, but you’ve got different corners with different things.

“Obviously I understand that they’ve got to take into consideration, like MotoGP and bikes, so I’m not one to direct anyone about how to do it. But it was, I guess for you guys as well, it’s a bit frustrating and scruffy to see all of these lap times being deleted.”