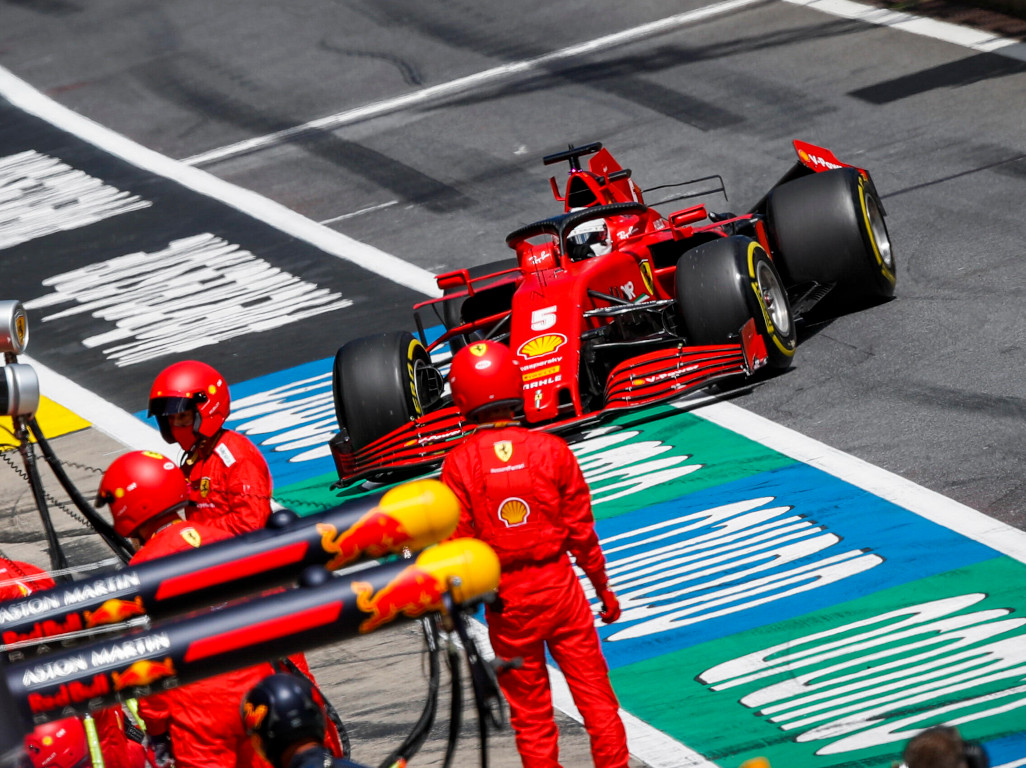 Ferrari scored 19 points in the opening race of this season as Charles Leclerc managed an impressive second place.

What made it impressive was that the car, the SF1000, was not a podium contender given its lack of pace.

However, he went from hero to villian seven days later when he crashed into his team-mate Sebastian Vettel on the opening lap of the Styrian Grand Prix.

Leclerc started P14 to Vettel’s P10 with the two Ferrari’s battling in the midfield fighting on the opening lap as the field squabbled for position.

Leclerc went up the inside of Vettel at Turn 3 but there was an ill-timed move that resulted in him mounting the kerb and taking off his team-mate’s rear wing.

Vettel retired immediately while Leclerc, who had floor damage, was out on lap 5.

Ferrari fell to fifth in the standings, 61 points behind Mercedes.

Coulthard says it is game over.

“Any doubt that Ferrari are out of this World Championship battle has been confirmed this weekend,” the Scot told Channel 4.

“The season is going to be too short and the deficit in both wet and dry conditions is too big.

“All they can do now is rebuilding for next year.”

Although Leclerc took full responsibility for the crash, even calling himself and “a**hole” for his antics, DC feels he is being a bit too hard on himself.

Instead the former McLaren driver says it was a racing incident, the kind that happens in the midfield on the opening lap.

“There is no question that he [Charles Leclerc] was going into an ever decreasing radius,” Coulthard added.

“It was always going to be the case that at some point Vettel was going to turn in.

“I think he is being a bit hard on himself because these things happen from time to time and you can’t always get it right.”

But given that the team-mates already had tension last season, culminating in their Brazilian GP clash, Coulthard reckons Mattia Binotto is going to have a tough time settling this one.

“That is the ultimate nightmare for the team boss and drivers to crash like that with your team-mate,” he said.