Home News Is a fourth Schumacher on the road to Formula 1? 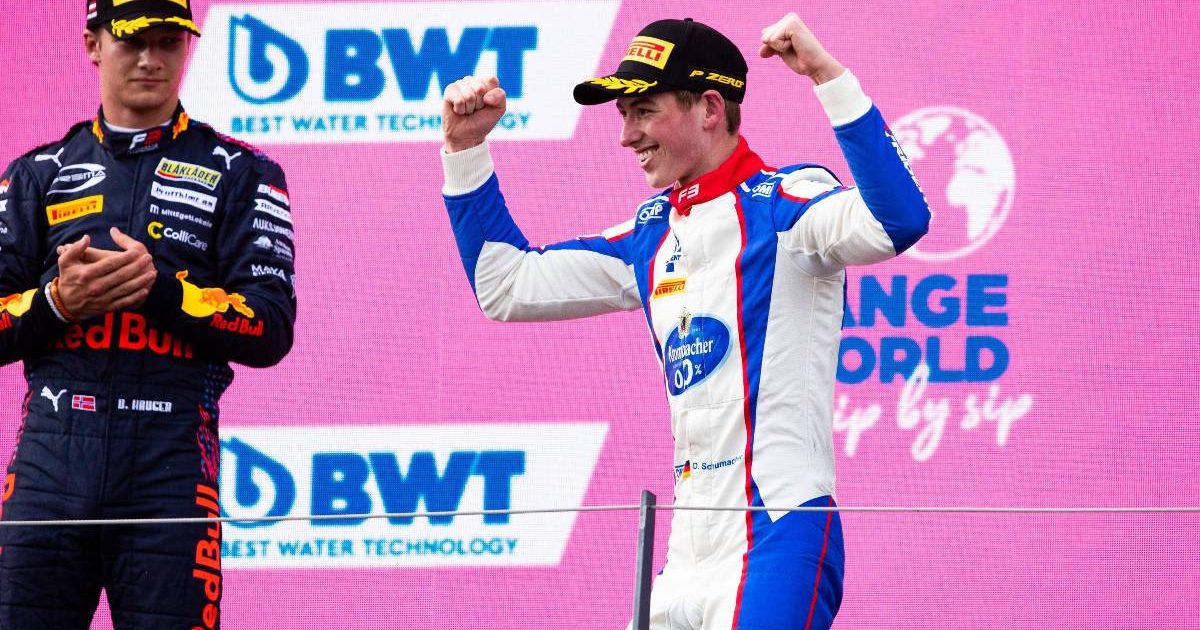 David Schumacher is aiming to be the fourth member of his family to reach F1 after opening his Formula 3 victory account.

Michael, the seven-time former World Champion, is of course the most famous Schumacher. In 1997, he was joined on the grid by his younger brother, Ralf, who stayed around for 11 seasons.

This year, Michael’s son, Mick, is in the midst of his debut campaign with the Haas team. Now his cousin, David, the 19-year-old son of Ralf, is also making headway towards the elite category of motorsport.

In his second full year racing in the FIA Formula 3 Championship, David is enjoying better results. His first top-10 finish was also his maiden victory, coming in the second of three races at the Red Bull Ring during the Austrian Grand Prix weekend.

As a result, Schumacher, who drives for the Trident team along with Jack Doohan and Clement Novalak, finds himself 14th in the points standings behind runaway leader Dennis Hauger of Norway.

Speaking of the moment he found himself on the top step of the podium at the Red Bull Ring, Schumacher told RTL: “I looked down and saw my dad, who was extremely happy. My team was happy and my engineer even had tears of joy.

“You never forget your first win in a high category and it was just an unbelievable feeling.” 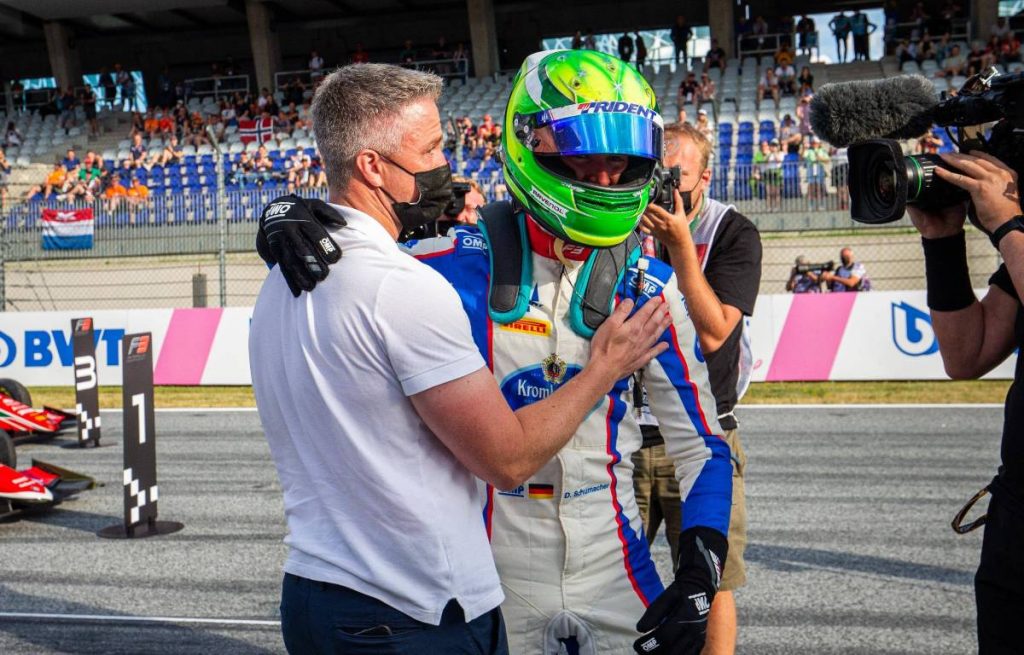 Schumacher said being able to execute that victory in Austria was a weight off his mind in showing he has what it takes to secure such important successes.

“It definitely solved something in me,” he added. “The pressure has definitely gone down, it has helped and I feel better now.”

And what about the prospect of following in his father, uncle and cousin’s footsteps by making it all the way up to Formula 1?

The first step will clearly be to move up to F2, the category in which his older cousin was the champion last year on the pathway to bagging his F1 drive for Haas.

Asked how big the dream is, Schumacher said: “I would say on a scale from 1 to 10, probably 100! The dream is always there and always will be.

“I’ll give everything to make it and I hope it works out.”