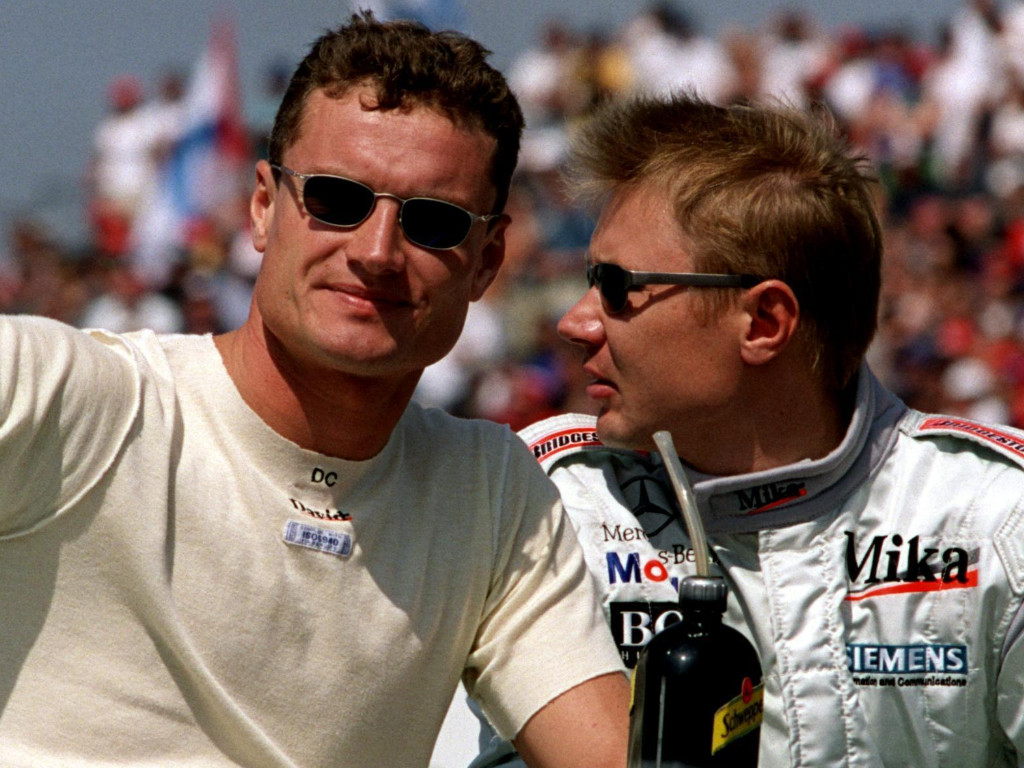 David Coulthard has opened up on the “love/hate” relationship that he had with Mika Hakkinen during their time at McLaren.

The Scottish driver raced alongside Hakkinen at McLaren from 1996 to 2001.

Though in that time their fortunes differed somewhat – Hakkinen would become World Champion in 1998 and 1999, Coulthard meanwhile won 12 races with the team but was never able to capture the title.

But the rivalry was certainly there, with Coulthard saying he “hated” the fact that Hakkinen was quicker than him, but “loved” that he could beat him on occasion.

“We had a love-hate relationship at McLaren,” Coulthard told Channel 4.

“I hated the fact he was quicker than me and loved the fact that I could beat him occasionally.

“It was such an intense rivalry. Your success is your team-mate’s failure and vice versa.

“Mika was fantastic at closing out the world. He famously said very little, not because he doesn’t know how to talk but he just didn’t want to use any energy explaining things.

“That made it quite challenging at times but I think we made a good working team together. Like in testing we had to work together and everything was on the table there.

“It just got a little bit tense sometimes at the race track.”

Hakkinen walked away from McLaren and Formula 1 at the end of the 2001 season, whilst Coulthard remained with the team until 2004 before joining Red Bull for the following season.

Another driver who Coulthard has had his say on recently is current McLaren man Carlos Sainz.

2020 will be the Spaniard’s final season with the team before he makes the move to Ferrari for 2021, and we all know how challenging it can be to step into the Ferrari culture and thrive, but Coulthard believes Sainz is very capable of doing exactly that.

“I think he can, and one thing that he also said off-camera was that he will move to Italy, he will go there and immerse himself in the culture, be close to the factory as he has done here with McLaren,” he said.

“So I really think he has got the potential to be the real deal.

“Of course he needs the opportunity to be in the right car because there is a massive difference between being there and getting the occasional podium, and having the pressure and expectation of having a winning car, just ask Valtteri Bottas [Lewis Hamilton’s Mercedes team-mate].”