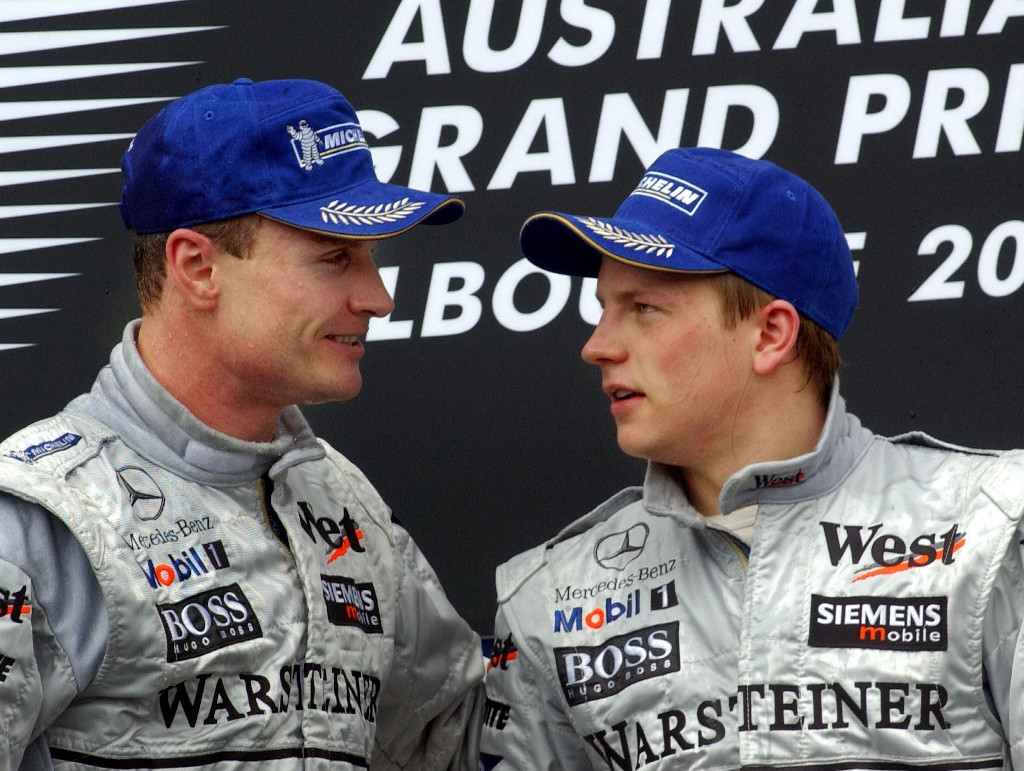 Teaming up with Kimi Raikkonen during his last three years at McLaren, David Coulthard concedes that while they had little in common, they worked well as team-mates.

Raikkonen joined McLaren in 2002 after a year with Sauber. The Finn was just 22 to Coulthard’s 31.

However, it was not just the age difference that was in play, one couldn’t ask for two more different personalities.

While Raikkonen was known back then, and let’s be honest the family man still enjoys a party or three, for his wild ways off the track, Coulthard was studious in all he did.

Their personality differences, though, did not affect their working relationship with McLaren third in the Constructors’ Championship in their first two seasons together before falling to P5.

“With Kimi, in terms of age gap, I guess it was a little bit like Damon [Hill] and I were together [at Williams],” the Scot told Ireland’s RTE.

“Age is less of an issue when you’re older. When you’re in your early 20s, it’s a much bigger thing the age gap.

“We understood that you work with your team-mate to develop the car and we did that. But we never really developed a relationship, a little bit like Eddie Irvine in that respect.

“Occasionally, I’ll talk to Kimi and it’s pleasant enough and then the rest of the time, there will be nothing. We’re just two different people with different outlooks.”

Coulthard rates his former team-mate was one of the fastest that has been in Formula 1, and reckons he could yet re-sign with Alfa Romeo for 2021 and perhaps even a bit longer.

“He has certainly been one of the fastest drivers in Formula One,” he added.

“I think his peak time passed a few years ago but there’s enough momentum that he’ll be able to get a couple more years out of Alfa Romeo.”