Home News ‘Demo run showed Alonso is not that slow’ 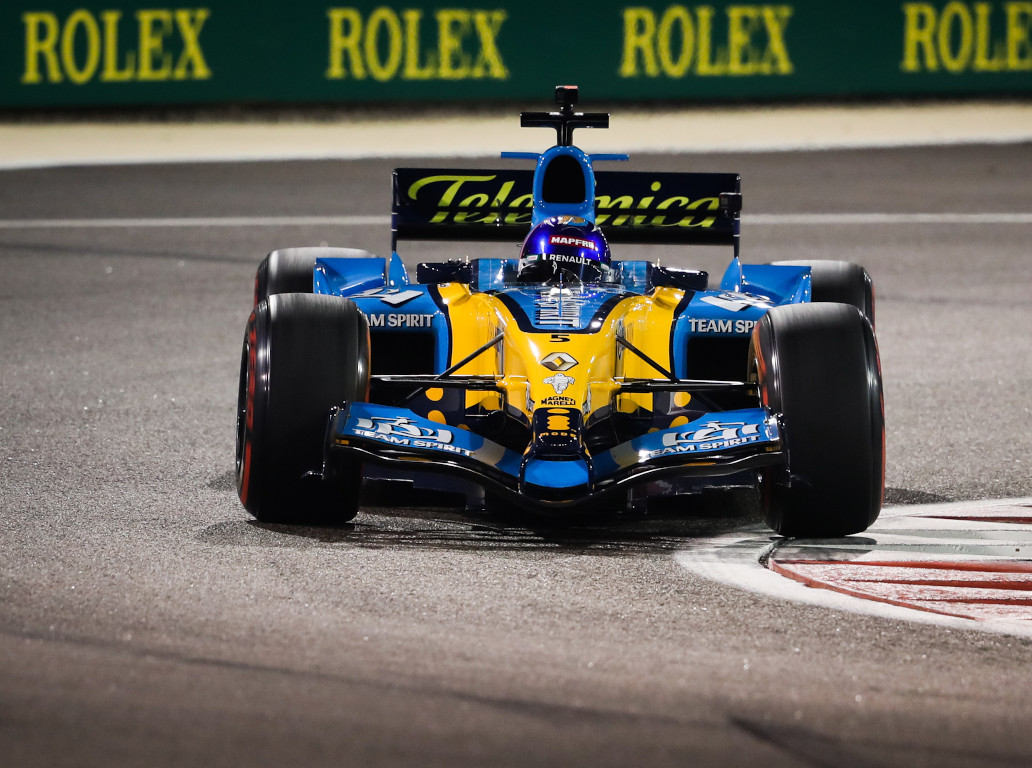 Clocking a 1:39 as he put in a lap in the Renault R25 in Abu Dhabi, Daniel Ricciardo says Fernando Alonso showed the world he’s “not that slow” ahead of his F1 return.

Alonso will be back on the Formula 1 grid this season, having signed with Renault for a third stint.

Ahead of his return, the Spaniard was reunited with his title-winning Renault R25, the car in which he claimed the 2005 World Championship and ended Michael Schumacher’s five-year reign.

Alonso put the car and its V10 engine through its paces at the Yas Marina circuit in December, a moment that not only excited Formula 1 fans but even his rivals.

“I watched the onboard. It was pretty cool,” Ricciardo told Marca.

“I guess anyone thinking Fernando’s too old, it isn’t the case, that’s for sure.

“I think he only knows one speed that guy and, yeah, it’s fast and even kerbs and that, he wasn’t shy to hustle the equipment.

“It’s funny because I didn’t have a stopwatch but I know for a fact he was going much slower than us, yet it looked faster because it sounded more impressive and that’s the V10. It screams.”

While that cannot be compared to a qualifying lap from Abu Dhabi back in 2005 given that inaugural race was only held in 2009, it was compared to Max Verstappen’s 2020 qualifying time.

It was just four seconds shy.

Alonso is replacing Ricciardo at Renault this season, partnering Esteban Ocon, while the Australian driver has gone off to McLaren to team up with Lando Norris.