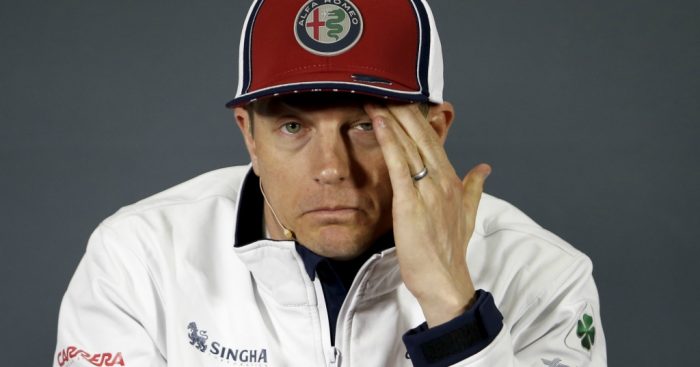 Kimi Raikkonen said he “almost went in the wall a few times” as a differential problem hampered him during the Monaco Grand Prix.

A lack of pace in qualifying saw the Alfa Romeo man mark his 300th Grand Prix weekend with P14 on the grid, and his slide would continue further on Sunday as he crossed the line P17.

Despite the issues making his C38 a handful on corner exits, Raikkonen refused to use it as an excuse for his worst finishing position of 2019.

“We don’t know what the problem was with the diff, but I almost went in the wall a few times on exits because only one wheel was spinning – it just heated up or something” he told reporters in Monte Carlo.

“It crabbed like crazy and I got sideways but we don’t know – we couldn’t see what the problem was but it was a bit odd.

“Nevertheless, those issues didn’t dictate where we finished because once you are behind other cars, you need them to have a massive issue in order to get past.”

A puncture for Charles Leclerc brought the safety car out as he littered the track with debris, but Alfa decided not to pit Raikkonen, keeping him out until lap 46.

“We needed to try something different.” he explained.

“If we had stopped behind the Safety Car, the end result would have been no different and we had some issues with the differential just before and after the stop.”

The f*cking Force Indias are getting in Kimi's way again…

Raikkonen made contact with Racing Point’s Lance Stroll twice in the race, both at the start and then later when the pair were side-by-side at the hairpin.

Asked about the contact with Stroll, the 39-year-old said: “Obviously, I don’t know if he didn’t see me or what but it didn’t really make a difference as you just can’t get past.”