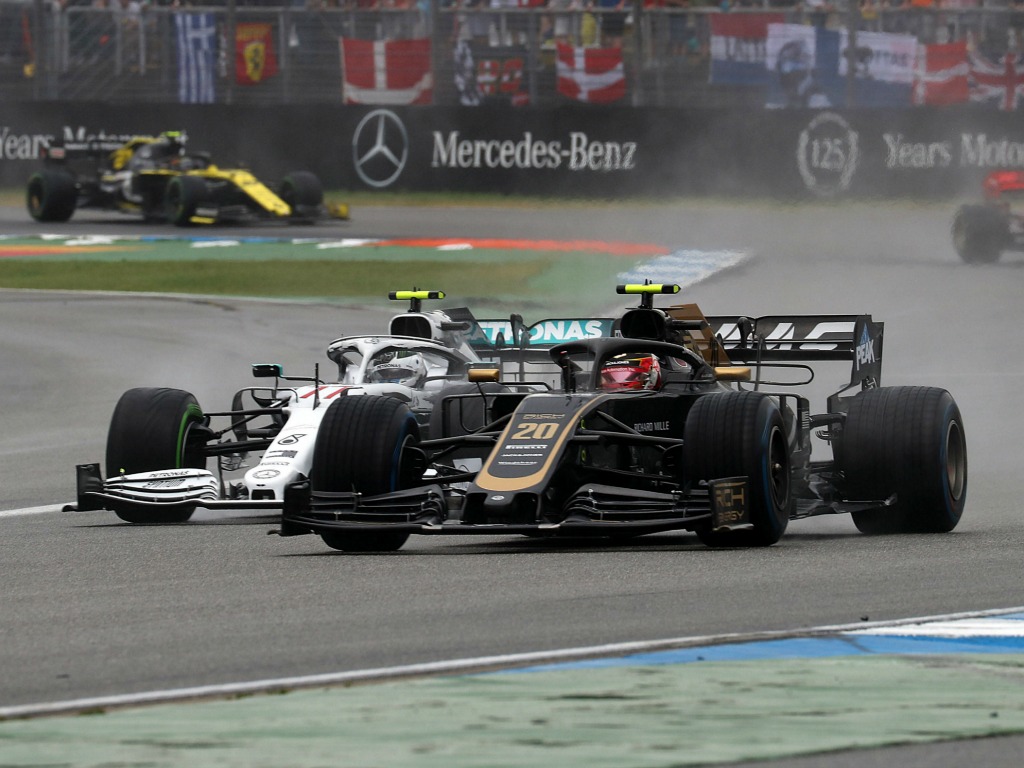 Both Haas drivers were back in the points in Germany, but not without Romain Grosjean and Kevin Magnussen bumping into each other again.

And the latter has firmly placed the blame on the former back in the Hockenheimring paddock.

“I don’t know,” was Magnussen’s reply when asked by reporters in Germany if the Haas duo risked losing crucial points.

“We don’t have a rule that we are not allowed to race each other.

“I don’t know what he was doing.

“I respect him [Grosjean] a lot, but I think these incidents could be avoided. There are other areas where we can work very well as team-mates, so we need to get over this.”

No damage seemingly done, with Romain Grosjean getting the better of the tussle#F1 #GermanGP 🇩🇪 pic.twitter.com/8Uv5kLEaz2

Whilst Grosjean initially gave reporters the “no comment” treatment on his latest collision with his team-mate, team boss Guenther Steiner was left feeling perplexed.

“I’m just as surprised as everyone else that what happened at Silverstone has happened again,” Steiner told Sky Sports F1.

“I didn’t speak with them after the race as there is no point, but we will do before Budapest and find a clear line of what to do and not to do.

“It looks like I need to tell them event after event and lap by lap what to do.

“We are not very quick on the track at the moment so we don’t need more distractions.”