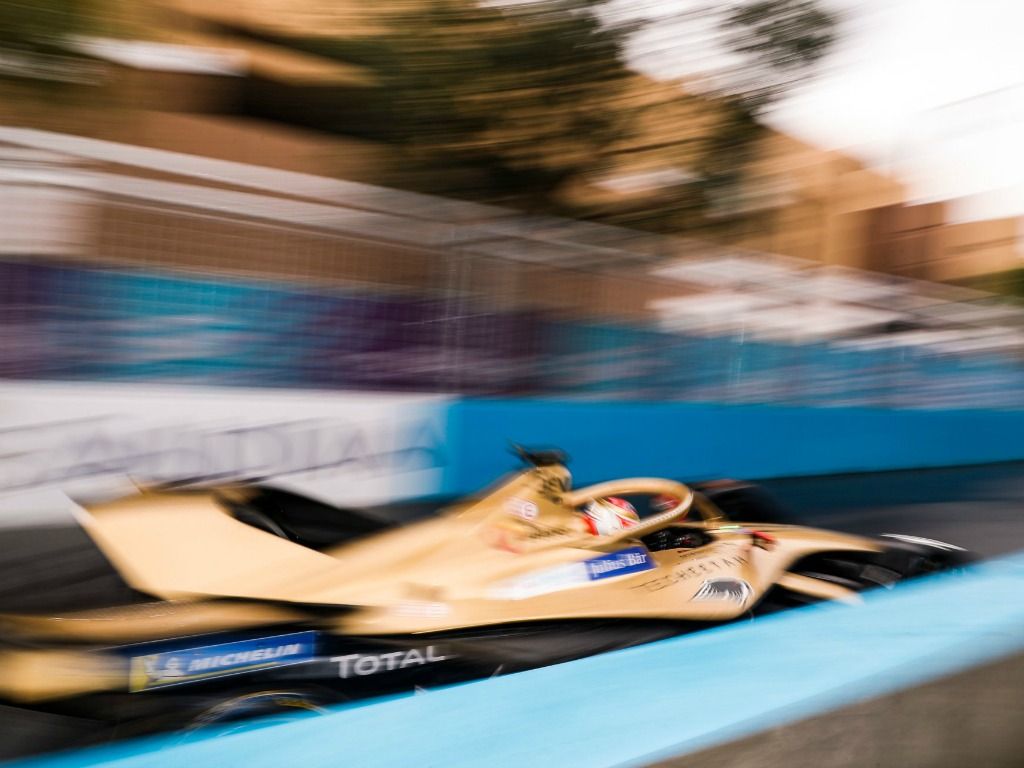 The 2018/19 season opener threw out a Safety Car, leaving a four minute scramble to the flag.

A drive-through penalty for technical infringements cost Jean-Eric Vergne the victory. He finished P2, with Jerome d’Ambrosio took the final step on the podium.

Before the race, Tom Dillmann (P2) and Oliver Turvey (P13) were sent to the back of the grid for violations during qualifying.

All of the Audi powered cars were sent to the back as well, thanks to a “power spike” after going over a bump down the main straight.

That meant that the Audi powered cars went over the limit of 250kW, and had their best lap times from qualifying deleted.

All of these issues moved Jose Maria Lopez onto the front row alongside Antonio Felix da Costa, with Sebastian Buemi, Stoffel Vandoorne, Jean-Eric Vergne and Jerome d’Ambrosio all starting in the top six.

da Costa led away from the start, with both Felix Rosenqvist and Gary Paffett retiring early on in the ePrix.

At the halfway stage of the race, the front six had driven away from the pack. Vergne led from da Costa, Andre Lotterer, Buemi, Lopez and d’Ambrosio.

However, Vergne and Lotterer were given drive-through penalties for technical infringements, as were Alexander Sims and Felipe Massa.

Stoffel Vandoorne, Felipe Massa, Antonio Felix da Costa, Daniel Abt and Lucas di Grassi were the recipients of the first #FanBoost of the season.

Jose Maria Lopez started P2, but had to retire with rear left suspension damage, and that brought out a full course yellow flag. However, a full safety car was deployed.

With just four minutes left in the race, da Costa led them away on the SC restart, with d’Ambrosio and Vergne right behind. However, the Belgian did not have any Attack Modes left, while AFdC and Vergne both did.

Vergne got past d’Ambrosio to make it a three-lap showdown with da Costa for the win in Saudi Arabia.

It would be the Portuguese man who held on for the victory in the season opener, with Vergne following him home.

d’Ambrosio finished on the podium, with Mitch Evans coming in P4, ahead of Lotterer and Buemi. Oliver Rowland finished P7, with Daniel Abt, Lucas di Grassi and Nelson Piquet Jr.

With da Costa also taking pole position, he will have a ten point lead in the standings, ahead of Vergne and d’Ambrosio.

Lotterer also got an extra point for securing the fastest lap of the ePrix.