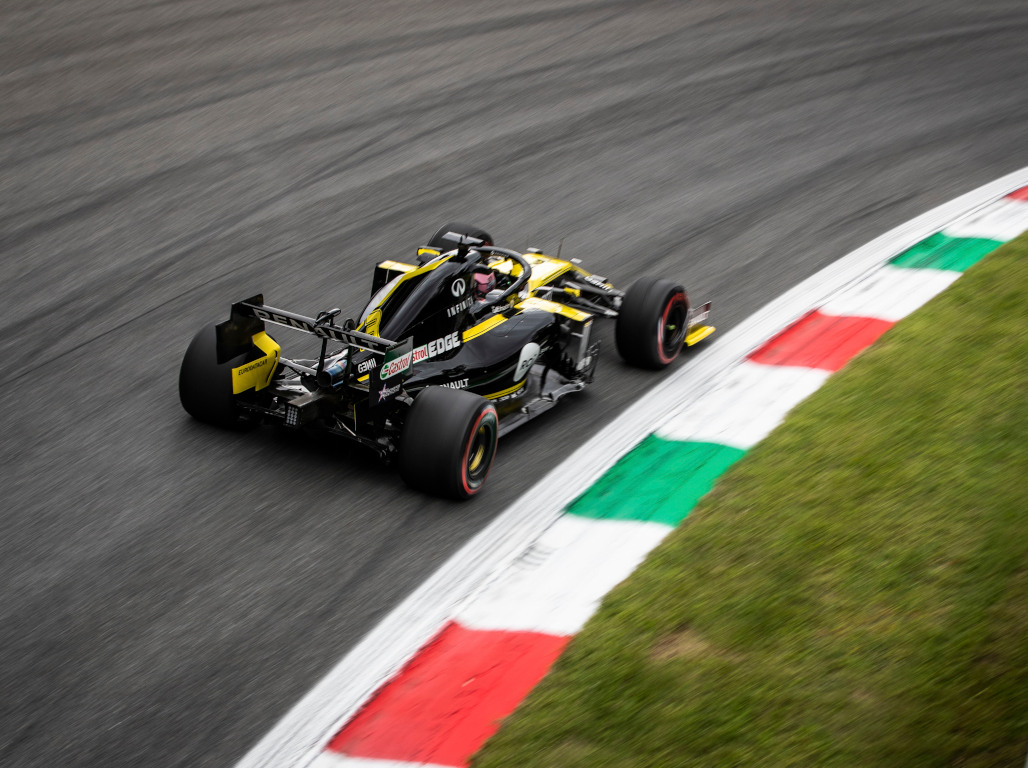 The F1 drivers have been warned that their lap times will be deleted if they exceed track limits through Parabolica at Monza.

Swapping gravel for tarmac back in 2014 saw a rise in drivers exceeding the track limits and using the run-off area as part of the racing line.

This year F1 race director Michael Masi has steps to ensure this won’t happen with timing loops installed at Parabolica.

Drivers will have not only the lap time in which the transgression took place deleted, but also the “immediately following lap time”.

In his pre-event notes for the Italian Grand Prix he said: “A lap time achieved during any practice session or the race by leaving the track (all four wheels over the white track edge line) on the outside of Turn 11 [Parabolica], will result in that lap time and the immediately following lap time being invalidated by the stewards.”

The drivers have also been warned about running off the track at the Rettifilo and Roggia chicanes and how they must go about rejoining the action.

“Four rows of polystyrene blocks have been placed in the escape road [at the first chicane],” read the pre-race notes.

“Drivers may only use the grass if it is clearly unavoidable. A lap time achieved during any practice session or the race in this manner will result in that lap time will being invalidated by the stewards.

“Any driver going straight and who misses the black and yellow bumps placed before the apex kerb of Turn 5 must stay to the right of the yellow line and the bollard, he may then re-join the track at the far end of the asphalt run-off area after the exit of Turn 5.

“A lap time achieved during any practice session or the race in this manner will result in that lap time will being invalidated by the stewards.”

As usual, three transgressions will result in the drivers being shown the black and white flag and reported to the stewards thereafter.