Home News Max ‘on the back foot’ after driveshaft issue 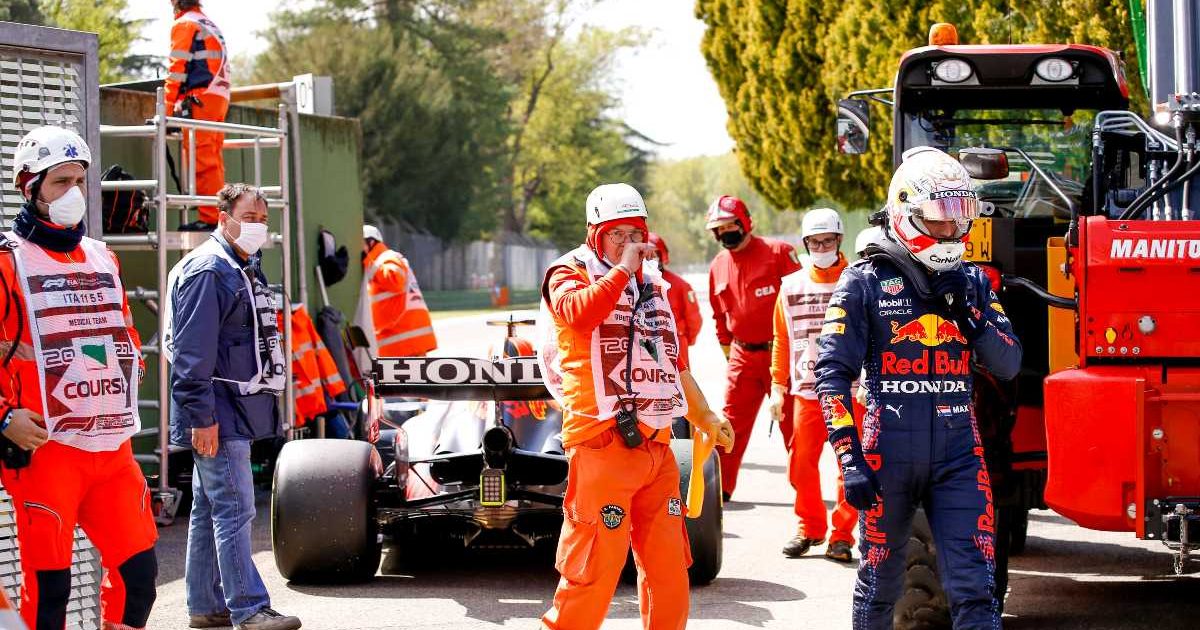 Max Verstappen said Red Bull may be a little bit on the back foot after a driveshaft issue cut his FP2 short in Imola.

The Dutchman topped every practice session and took pole at the season-opening Bahrain Grand Prix, but by the time the chequered flag flew on Sunday it was Mercedes and Sir Lewis Hamilton who held off the Verstappen barrage to claim victory.

But it is Mercedes who have started strong in Imola with Valtteri Bottas topping both practice sessions on Friday, ahead of Hamilton.

And the German outfit feel they have taken a clear step forward since the first race.

“To be honest, starting this weekend compared to Bahrain with how the car’s feeling, it’s definitely feeling better – so that’s nice,” Bottas told reporters after FP2.

“It is a different track, type of circuit, surface and grip level, but at least the weekend has started in a positive way.

“The car really wasn’t far off in terms of the setup, we still have things to be tuned but overall, I’m a lot happier with the car now than three weeks ago.”

More bad luck in Italy! 😩 Max encounters a problem on the start finish straight and is forced to pull over, putting an end to his session. #ImolaGP pic.twitter.com/cA9PAayJLN

Verstappen meanwhile was unable to pump in a quali sim lap during FP2 after he ground to a halt early in the session. He has now revealed that a driveshaft issue on his RB16B was to blame.

“I like Italy, the food is good, I enjoy being here – just the driving part so far hasn’t been the luckiest,” he said.

“I had a driveshaft issue, so I had to stop the car.”

Asked if Red Bull are now on the back foot heading into Saturday, Verstappen replied: “A little bit. But I think you know what you have to do anyway, so you should be alright.”

Red Bull and Verstappen are the favourites for victory at the Emilia Romagna Grand Prix, and as long as they make sure that nothing else breaks, Verstappen does not believe there is cause for concern.

“It’s of course difficult to say now in the second session how we would have been, but nothing shocking,” he confirmed.

“So we’ll just have to look into what we can do better tomorrow in terms of balance. But yeah, of course, first we have to make sure that nothing breaks.”