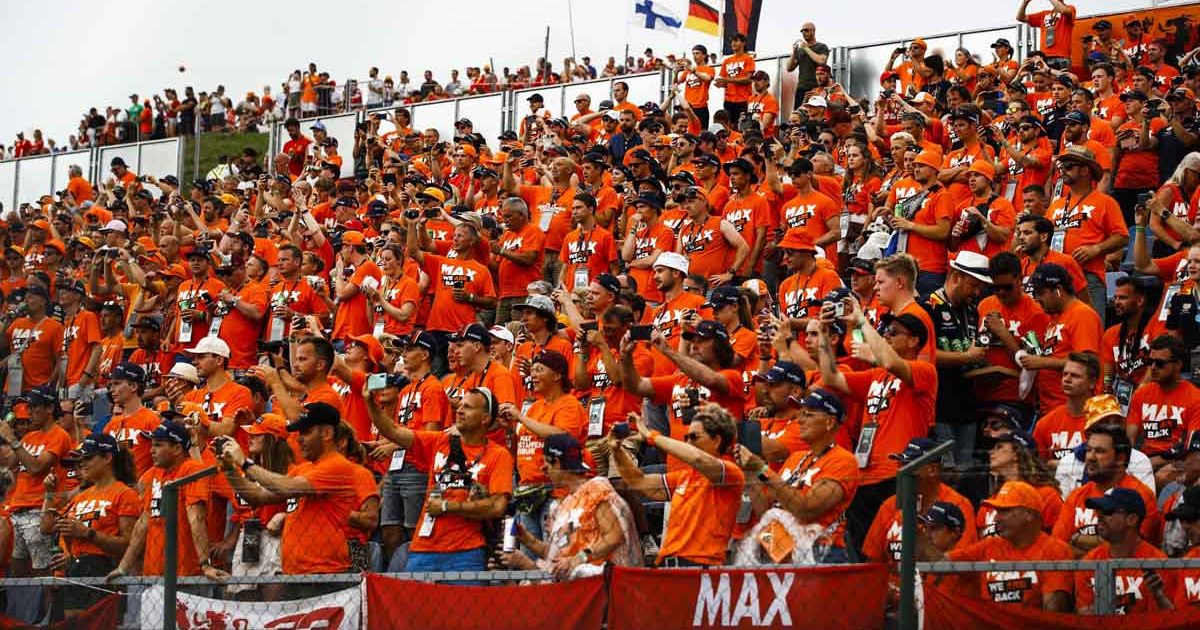 Dutch Grand Prix organisers are still planning to host a 105,000 capacity crowd at each day of racing at Zandvoort in September.

A statement from the Dutch government is due on Friday 13 August to clarify whether or not fans will be able to attend the race – as new government legislation could pose issues for crowd attendance.

It was announced in June that no social distancing measures would be necessary for the race to be held in front of a capacity crowd, but Dutch prime minister Mark Rutte has indicated that multi-day events with an overnight stay would be halted until 1 September, which includes the popular Lowlands music festival.

The race is due to take place a few days later, but the official status of fan attendance at Zandvoort will not be possible until Rutte confirms the news on Friday.

Organisers previously stated that if a capacity crowd was not possible for the race, then they would cancel and postpone Max Verstappen’s homecoming until 2022 – with almost every ticket having already been sold for the race weekend.

The planned return to Zandvoort was cancelled in 2020 due to the Covid-19 outbreak, as Formula 1 scrambled to get a calendar together for the interrupted season.

The circuit has undergone massive renovations to make sure it is up to scratch for modern Formula 1 cars, as well as the building of 90,000 seats to accommodate what is likely to be a partisan crowd for the race.

A 36-year wait for Formula 1 to return to the Netherlands has only been enhanced by the fact there will finally be a home race for the Red Bull driver, who is narrowly behind Lewis Hamilton in the World Championship as it stands.

Legions of the ‘Orange Army’ follow Verstappen during the mainland European races, particularly in the short hops to Belgium, Hungary and Austria, but should the race go ahead as planned, he will have the support of a nation at the Dutch Grand Prix.