Home News ‘Lazy Irvine could have been a World Champ’ 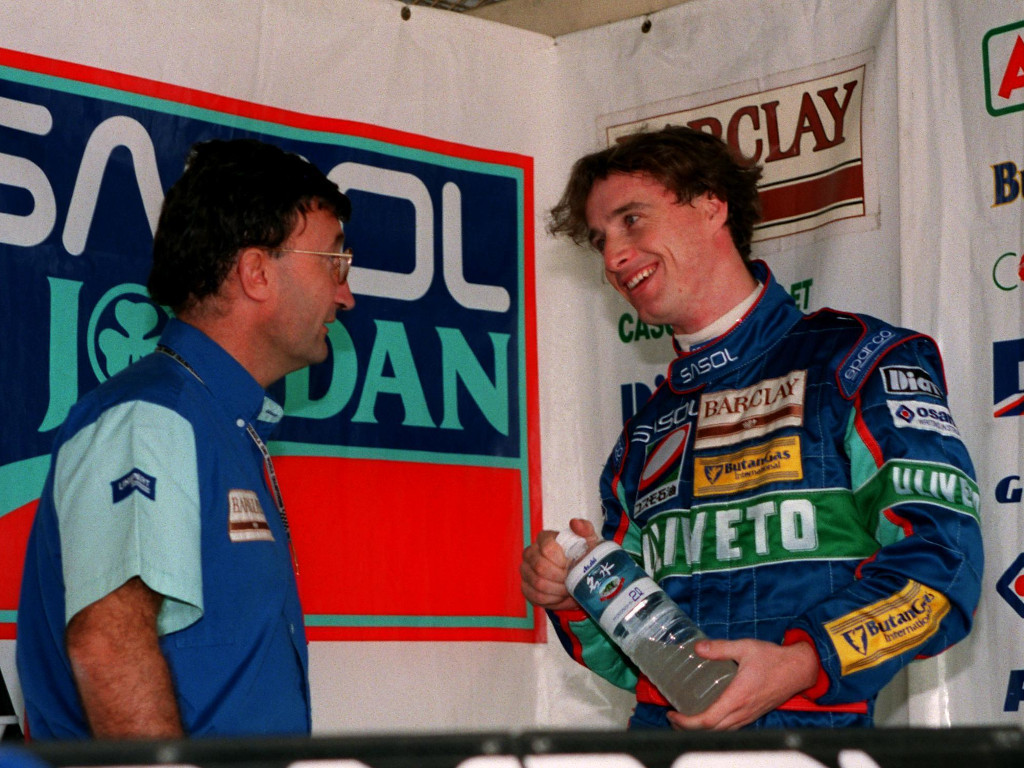 Winner of four grands prix and runner-up in the 1999 championship, Eddie Jordan believes Eddie Irvine could have a title if he hadn’t have been so lazy.

Irvine made his first appearance in Formula 1 in 1993, competing in two grands prix with Jordan.

One of those is fabled in the sport’s history books as Irvine earned the ire of triple World Champion Ayrton Senna when he unlapped himself off the Brazilian at the Japanese Grand Prix. Senna punched him for his efforts.

Irvine stayed with Jordan in 1994 and 1995 before moving to Ferrari where he partnered Michael Schumacher from 1996 to 1999. Second fiddle to the German, the Ulsterman still managed to win four races on his way to runner-up in the 1999 championship.

He spent the last three years of his F1 career retiring from more races than he finished with Jaguar.

His former team boss Jordan reckons it could have been a very different story had Irvine spent more time working on his fitness instead of partying in nightclubs.

“That was just to get Eddie Irvine up and do something because he used to sit on his butt all day in his apartment,” he told Off the Ball. “He’s the laziest driver of all time.

“That’s a shame, because he could’ve become World Champion so easy.

“That was his style. He was a guy from the nightclub guy and didn’t wake up until 12 o’clock in the day or sometimes even later.

“My attitude to him was, I went out and hired a teacher who used to look after my gym classes twice a week and said ‘Barry will you please come sort this guy out’.

“I intimidated him into almost embarrassment to ensure that Irvine would be out running around the streets of Oxford in the morning.

"He was a nightclub guy"
Eddie Jordan talking about Eddie Irvinehttps://t.co/YDEF1lWQ6E pic.twitter.com/JFHt3Eg4RU

“I often wondered then whether he was on his way home from the clubs or had just gotten up.

“But that was Eddie Irvine, he was a different animal.

“He was hilarious to work with, but very infuriating I tell you. He used to drive me around the twist.

“But that’s the way life is. Sport kicks up all sorts of wonderful characters.”

Asked if Irvine got by on talent alone, EJ replied: “Well it certainly wasn’t his fitness.

“He had a very cunning way of doing things and on reflection he was probably one of the cleverest and smartest by guile and intuition.

“He had a great ability to know where he was and maximise it.”