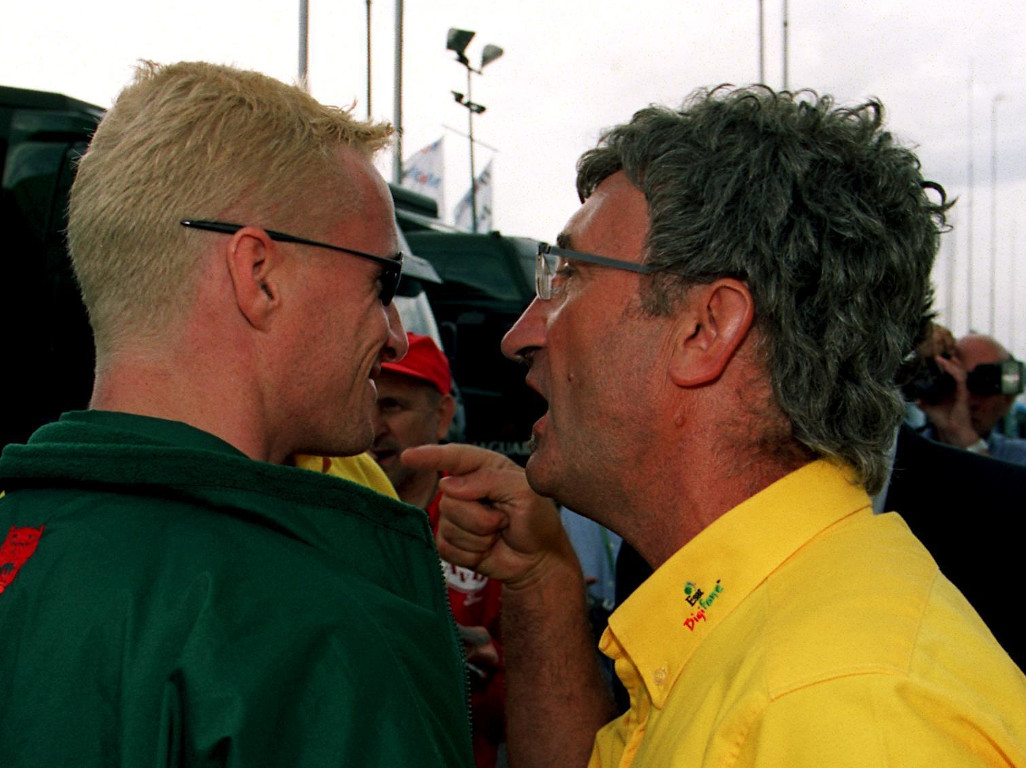 Walking away from F1 at the end of the 2002 season, Eddie Irvine wonders why he never made a move to join Jordan and “kick everyone’s ass”.

Irvine began his Formula 1 career with Jordan in 1993, contesting two races before signing with the team full time for the 1994 and ’95 seasons.

From there he moved to Ferrari, spending four seasons and included four wins with the Scuderia, before joining Jaguar for the final three – not very successful – years of his career.

There had, however, been rumours of the two Eddies teaming up again in 2003 but they couldn’t agree financial terms as Irvine wanted a salary, although less than his Jaguar pay, while Jordan needed a paying driver.

The Ulsterman says in hindsight he probably should have made a play to rejoin Eddie Jordan at Jordan GP.

“Just been pondering to myself, why the hell didn’t me and Eddie Jordan team up for the 2003 season and kick everyone’s ass?” he wrote on Twitter.

“I would love to have helped brought Jordan up the ranks in any way I could.

“What would have been our chances do u think?”

Just been pondering to myself,why the hell didn’t me and eddie Jordan team up for the 2003 season and kick everyone’s ass,I would love to have helped brought Jordan up the ranks in any way I could,what would have been our chances do u think?.

He later answered his own question:

“I think me and Eddie are too wily for each other. LOL. I would still buy him a Guinness though.”

One fan told him it would have been ‘superb’ to see the two partnering up again.

Irvine replied: “I think it might have if we could keep our hands off each other’s throats LOL. Nah, he’s a good wee spud really.”

As for whether the Ulsterman ever spoke with his compatriot about a ride, Irvine said: “No, but Eddie was on TV saying how much I could have brought in terms of sponsorship to the team, so he was keen.

“Think I had sort of had enough what with Jaguar being less of a success than any of the team wanted, through no fault of anyone, but me and Eddie could have done something.”