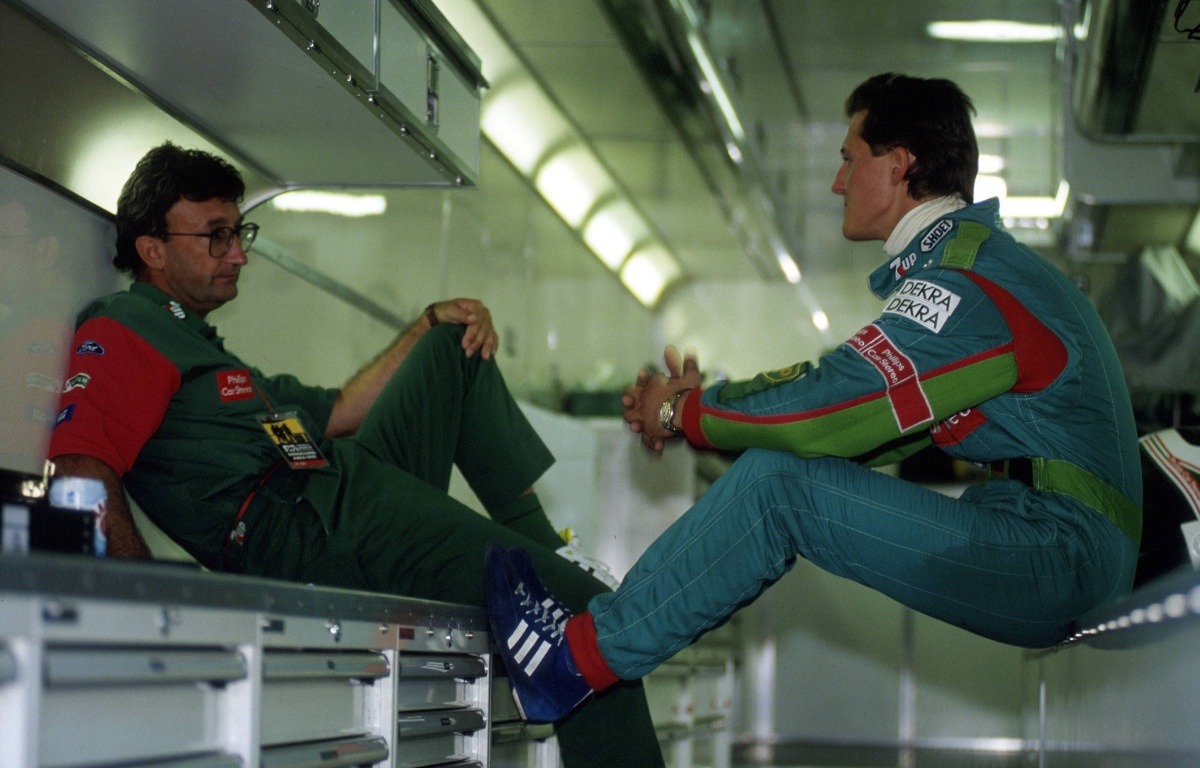 Eddie Jordan has told the story of Michael Schumacher’s F1 debut, stating the German lied about his experience ahead of it.

Heading into the 1991 Belgian Grand Prix, the 11th round of Jordan F1’s first season on the grid, one of the team’s drivers, Bertrand Gachot, was sentenced to 18 months in prison for assaulting a taxi driver.

Therefore, a replacement was needed, and Mercedes saw an opportunity to get Schumacher into F1 and thus offered $150,000 to the team for him to get the seat. The offer was accepted and he impressed, qualifying in P7 and moving up to P5 at the start of the race before he was forced to retire with a clutch issue.

Jordan says that while the money was a key factor, Schumacher was also picked because he had impressed in Formula 3 and had told Jordan he had experience of Spa. The latter, though, was not quite true.

“He lied to me, he lied blatantly to me,” the Irishman said on BBC Sounds’ This Sporting Life.

“I asked him, prior to going there, had he been to Spa before? When you ask a racing driver ‘have you been to Spa before?’ you don’t necessarily want him to answer ‘yes, I was there as a tourist’, you want to believe he was a driver there.

“But he had never set eyes on this track in his life. He had been there with his father years earlier when he was still doing karting but had never raced there.

“That’s what makes what he achieved there that particular weekend even more remarkable.”

Mercedes and Jordan had agreed for Schumacher to drive for the team for the rest of the season, but as a final contract had not yet been fully signed he moved to Benetton for the next race in Monza and beyond.

Jordan was furious but says the debacle, which he ultimately took to court, did not make him dislike Schumacher, believing he was not to blame.

“It wasn’t a question of liking or disliking. I didn’t dislike him, if that’s what you mean,” Jordan answered when asked what he thought of the seven-time World Champion.

“I felt the way he handled it was very poor, but I do believe that was AMG particularly, who were his management. I thought they were – I don’t want to say too much because it was a long time in the past and I don’t want to seem bitter – but they dealt very badly with me.