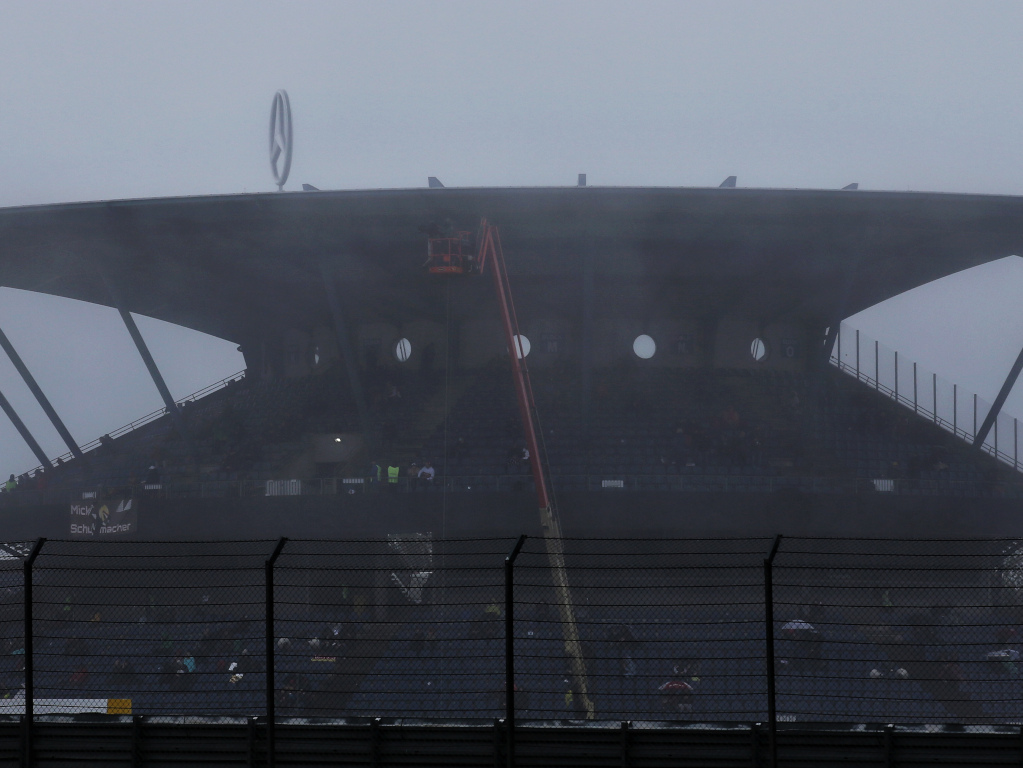 Michael Masi has stated the FIA is working on back-up plans to avoid further disruption should conditions at the Nurburgring not improve.

It was widely expected the weather would affect the Eifel Grand Prix race weekend considering the time of year the sport headed there.

This has proved to be the case, with neither FP1 nor FP2 able to take place on Friday as fog meant the medical helicopter would not be able to land if it was needed.

While the forecast suggests things should clear up in time for the remaining sessions, it’s by no means a guarantee. Therefore, back-up plans are being prepared, race director Masi has confirmed.

“The weather and dampness is fine, it’s just that the medical helicopter is not able to fly to receiving hospitals due to fog,” The Race quoted him as saying.

“So even though we have the broadcast helicopter that’s flying around the circuit, to go from here to any of the hospitals should something happen, it’s not possible.

“The forecast [for Saturday] looks better but we’re also working on some back-up plans should we have a similar situation to be able to try to work around. We’re working on those as we speak.”

However, the Australian was reluctant to expand on what those plans are specifically, saying everyone will be informed of them if they prove to be necessary.

He added: “We’ll work on the back-up plans and advise everyone accordingly at the same time.”

One of the biggest talking points heading to the Nurburgring was the fact that Mick Schumacher was set to make his F1 debut in FP1 with Alfa Romeo.

That never came to be with the session cancelled, and he’ll now have to wait until later this season at the earliest. Nevertheless, he still says he learned a lot from his experience in the paddock.

“Obviously it’s been a shame not to get out,” said Schumacher, quoted by Motorsport.com.

“We knew the weather forecast didn’t look great. This time of the year in the Eifel is not the most sure it is going to be dry, so on that side we knew it might be wet and it was.

“In the end, the preparation was good, we’ve done a lot of meetings and I got so much knowledge out of it. It’s been very helpful.”