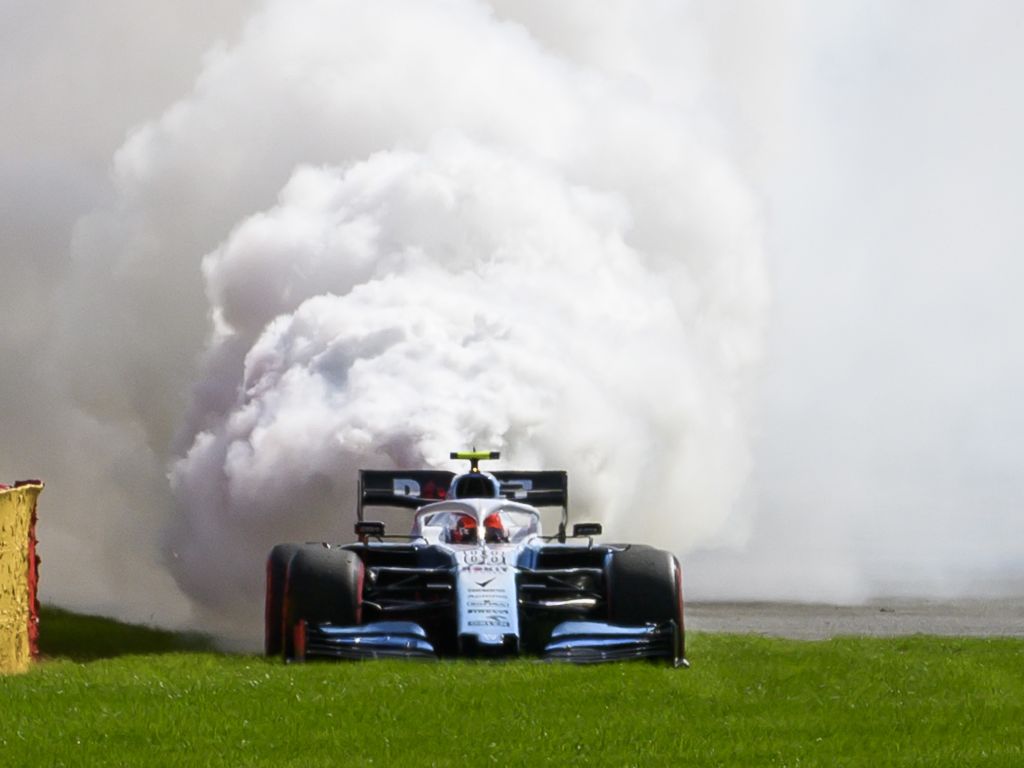 Robert Kubica had no reason to suspect an engine failure was incoming during qualifying for the Belgian Grand Prix.

The Williams driver brought out the red flags early in Q1 when his new Spec-3 Mercedes power unit went up in smoke, making it a short afternoon for the Polish racer.

However, he admitted that before the failure he saw no signs that something was wrong and initially thought it was a “deployment issue”.

“Going down the back straight I felt a lack of power all of a sudden but there was no strange noise,” he told the media in Spa.

“But when I realised in the mirror there was smoke, it was already too late.

“That’s how it is, it’s motorsport and that can happen, but it’s a big shame because some other cars were taking grid penalties so we could maybe start further up the grid.

“But anyway it’s important now to evaluate what happened and move forward.”

A frustrating #Quali leaves #GR63 P19 and #RK88 P20 for the #BelgianGP pic.twitter.com/C5y5CnewgW

The new PU from Mercedes has caused problems all weekend with Sergio Perez and Lance Stroll suffering a similar issue in Friday practice, but Kubica stressed that this was the first time that Williams had encountered any issues.

“No we didn’t have any issue,” he confirmed.

“Of course I heard that [Sergio] Perez had a problem, but power units are so complex you never know if it’s exactly the same problem so I think the guys from Mercedes will for sure evaluate.

“They know their jobs so I’m pretty sure we will be fine.”