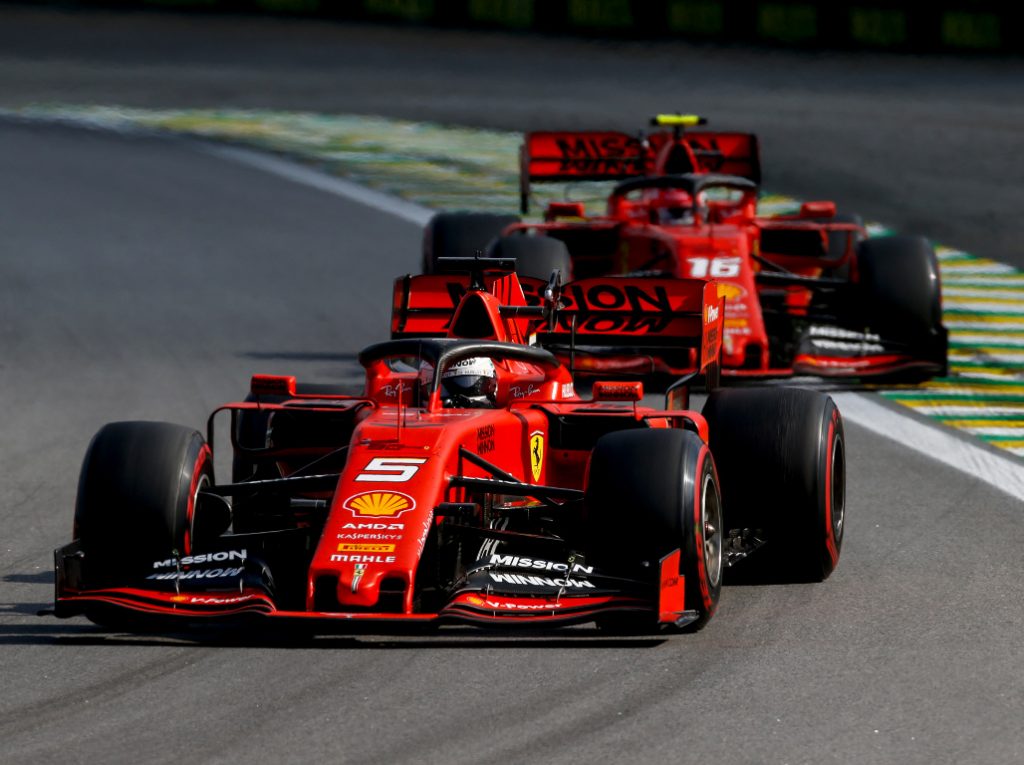 Mattia Binotto has downplayed the engine saga that blighted Ferrari’s season, saying he doubts rivals honestly had complaints, they just wanted to put pressure on Ferrari.

Taking five pole positions in a row, including three race wins, Ferrari’s rivals wrote to the FIA questioning the legality of the Scuderia’s power unit.

What followed were three Technical Directives relating to fuel flow, what can be burned, and informing the teams their cars will all be fitted with a second sensor in 2020.

What didn’t follow was another race win for Ferrari.

While rivals, most notably Max Verstappen, felt the TDs has brought Ferrari back into line, Binotto still maintains his team’s innocence.

“I’m not sure they actually had doubts about it,” the Italian told Auto Motor und Sport.

“They probably used the circumstance to put pressure on us. Pressure distracts.

“It is part of the game of Formula 1 to unsettle the opponent.

“Our business is not just about athletic and technical competition; anything that harms the opponent, use it.

“Everyone plays the cards they hold in their hands.

“Should that make me proud? I’m only proud when we win.”

But while rival teams feel the TDs led to Ferrari losing pace down the straights, Binotto says it was nothing more than Ferrari focusing on corner speed.

“They drew the wrong conclusions,” he explained. “We have not changed the operating conditions of the engines.

“In order to generate more downforce, the air resistance was increased. Therefore, we are now a bit faster in the corners, but slower on the straights.”

In fact Binotto has welcomed the FIA’s Technical Directives.

“We are satisfied with that because there is more clarity in a very complex set of rules.

“Will they be completely clear? Probably not. I am sure there are a few more directives to come in the future.

“As a team we should support the FIA to eliminate ambiguity in the rules.”