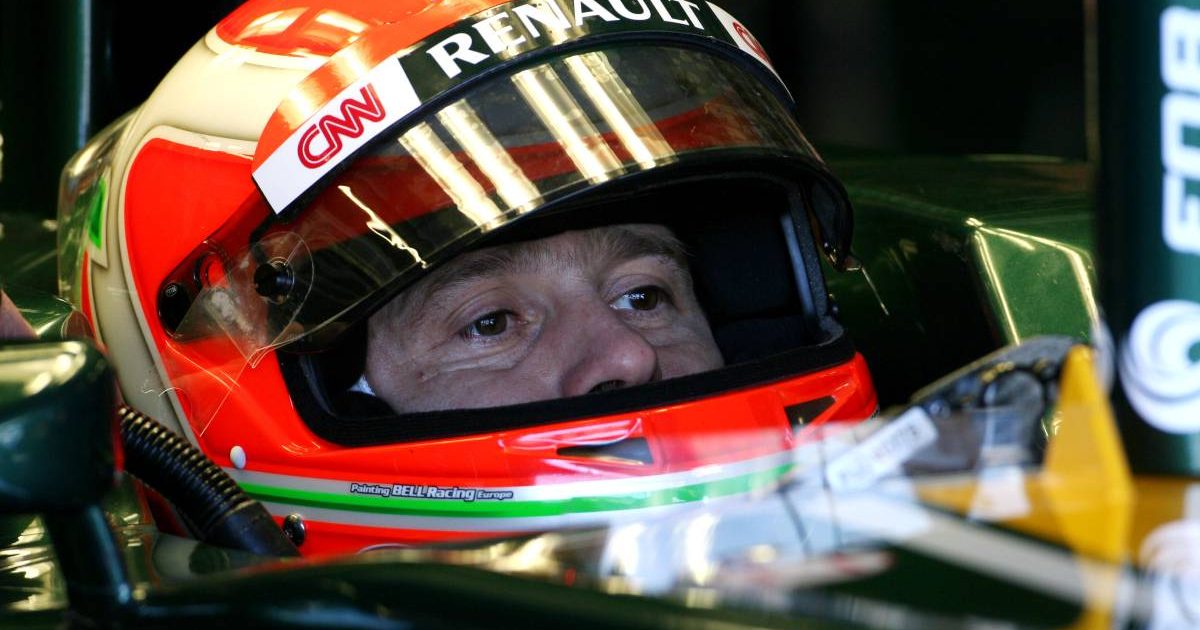 At the age of 15, Enzo Trulli, son of ex-F1 driver Jarno Trulli, has wrapped up the Formula 4 United Arab Emirates title.

The 2021 F4 UAE Championship was shortened to five rounds for this year due to the global pandemic, each round consisting of four races, and ultimately the title fight came down to two drivers contesting their first seasons of single-seater racing, 15-year-old Trulli and Dilano Van’t Hoff.

In the title-deciding race Trulli was able to hold off Van’t Hoff to claim P3 by only 0.3s, and despite a fastest-lap bonus point for the Dutchman, it was Trulli who sealed the title by a point.

And understandably his father Jarno, who claimed his only win in Formula 1 at the 2004 Monaco Grand Prix, was very happy, saying that title repayed the “sacrifices” that come with taking your son into motor racing.

“Superb, days like this repay the sacrifices because people often don’t imagine that getting their son into motorsport is not like taking him to football,” Jarno told La Gazzetta dello Sport.

“Not so much only for the costs, but also for the commitment, because there are long journeys and the need to preserve family harmony, since I also have two other children. But today we are really happy.

“Obviously Enzo has the advantage of having me as his first friend and adviser. I don’t like to talk about his driving qualities because it is not right that his father does that.

“He certainly showed aptitude and was good at putting everything into practice. We started this journey together, for fun and without forging ahead or looking for better teams and materials, only with the passion and pleasure of doing it.

“I believe that Enzo has assimilated these values ​​and they served him as soon as he got on a single-seater.

“The future? At the moment we have a contract to compete in the Spanish F4, but we are also evaluating something else because his qualities have not gone unnoticed. Let’s see.”

Enzo Trulli is the (provisional) 2021 F4 UAE champion! He finished third in the final race of the weekend at Dubai. Dilano van't Hoff, who held a one-point lead, finished fourth and loses out on the title. #F4UAE pic.twitter.com/VrcQNpb7nc

Enzo never thought that he would go straight to title glory once he stepped into a single-seater.

“What does dad think? I think he is crying with happiness,” said Enzo jokingly.

“It was all born for fun and we got this far, honestly I never thought, I tried a single-seater after 5 years of karting and I didn’t think such a goal was possible immediately.

“It was an extremely intense and full of twists ending. In the end I took the title by a point. My strength has been to believe in it and limit mistakes.

“The result makes me very happy, because this is my first single-seater championship.

“Formula 4 UAE was a fantastic experience. But I don’t get upset. Thanks to the CRAM-Durango team, the organizers of the F4 UAE Championship and my sponsors, without whom I would not have made it this far: Metallink, GDR Forniture, Goldberg & Partners. Special thanks to Ivone Pinton for putting me in the car for the first time.”