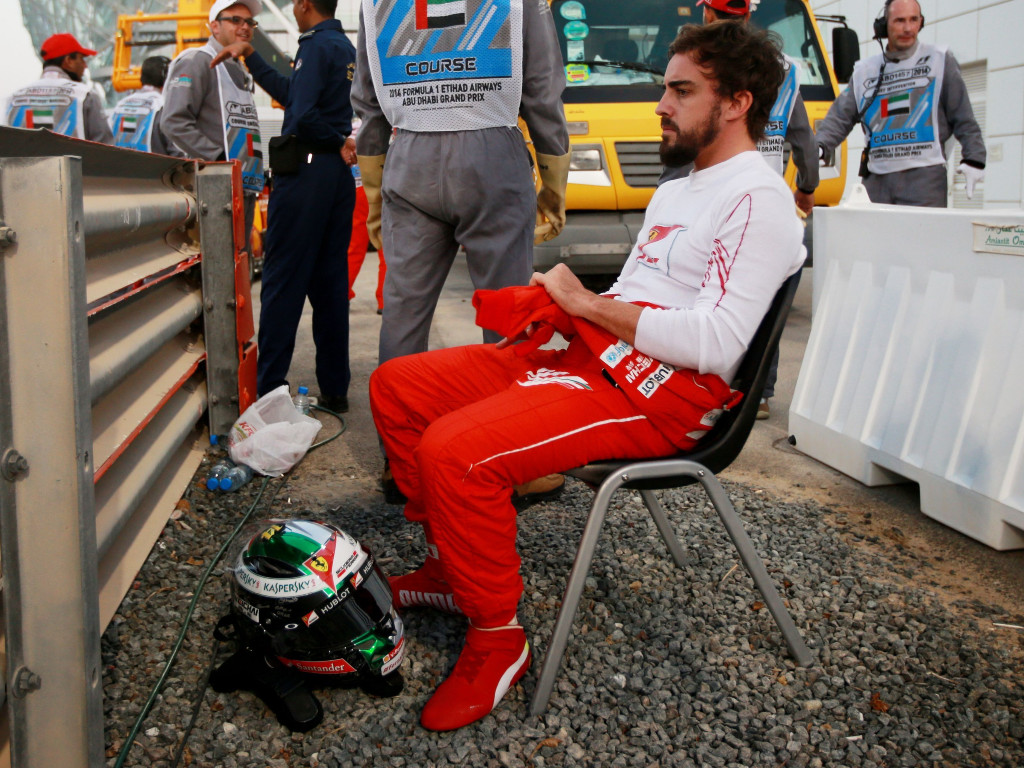 The Spaniard won his two World Championships with Renault in 2005 and 2006, but in subsequent stints with McLaren and Ferrari it was often a case of so close but yet so far in his pursuit of a third.

Boullier thinks Alonso could and should have won more Drivers’ Championships with Ferrari between 2010-2014, but feels that the 32-time race winner lacked the ability to inject confidence into his team.

“He definitely should and could have another,” Boullier said as part of the Beyond the Grid podcast.

“Obviously I know Fernando very well, Abu Dhabi 2010, because it was our car that stopped him from being the World Champion, that could have been an opportunity for them.

“There was another one later, and I think when I use the word ‘could’, it’s always easy to give an opinion afterwards, but definitely at that time there was lacking maybe a little bit of self-confidence in the team, and that’s maybe where Fernando could have played a role.

“We expect it from the driver sometimes to reassure people and boost people around you to be self-confident and deliver an even higher service.

“I know in Ferrari, Italian pressure and Italian media pressure is very high, in some ways a guy who can definitely help to make things a little quieter and [give] more self-confidence is the driver.”

After ending his stint with Ferrari in 2014, Alonso moved to McLaren for a second time who had hopes of rekindling the former magic with Honda who returned to the sport as their engine supplier in 2015.

However, it didn’t work out that way, and Alonso to this day isn’t a popular man among Honda personnel thanks to his infamous “GP2 engine comment”.

So, did Alonso in effect cause his own downfall at McLaren?

“No, you can’t say that,” Boullier replied.

“He’s just the most intimate competitor, his life is completely centered around racing and being competitive.

“I think the frustration was just creating these kind of comments, because when he joined McLaren with Honda coming back for him maybe it was to recreate a legacy, different legacy obviously but from what Senna and Alain Prost had been doing with McLaren.

“So it was a lot of expectation I guess and obviously not being as competitive as he would have dreamed of was creating a lot of frustration.”

Surely though a driver of Alonso’s intelligence would have known that his scathing of Honda over team radio during the 2015 Japanese Grand Prix, their home race, would be picked up by the press?

“Yeah of course, I’m sure he knew what he was doing,” said Boullier.

“But those comments have been said in a race, if you remember there was a lot of expectation even from himself for this race and even if he knew what he was doing, I think frustration sometimes is just pushing you to say something you don’t want to say.

“But it’s part of the frustration and I think the ambition he had to really do well with McLaren Honda.”

Alonso left McLaren at the end of the 2018 season but will make his return in 2021 for a third stint with Renault, though by then they will be known as Alpine.

Some were surprised that Alonso is coming back to the sport with Alpine considering he had said before that he would only return to compete for race wins, yet Renault haven’t won a race in Formula 1 since 2008.

Boullier though isn’t surprised that Alonso is returning to the sport.

“He went to Le Mans, he won it twice. He’s still chasing the Indy500 for the ‘Triple Crown’ but he’s not fixed on that, I think he still wants to deliver and enjoy some challenges.

“He understands that the time when you are racing at the top of your game is different, but I’m sure he can surprise a lot of people still.”

Daniel Ricciardo has scored two podium finishes in his final season with Renault so far in 2020, so could we see Alonso on the podium in 2021?

“I wish to be honest, it will be good for both Alonso and Renault for all the hard jobs they have been doing,” Boullier replied.

“We saw them having a setback in Portugal, so there are still a few things they have to sort out in the house and definitely with the car, but I think if they keep pushing and keep doing what they’re doing then they will be regular top three in not so long.”