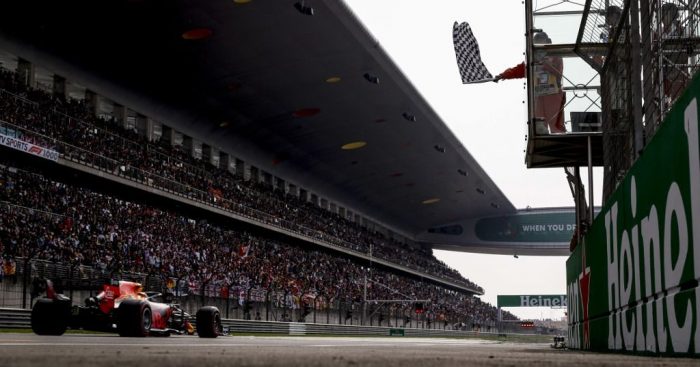 F1’s chief technical officer Pat Symonds has revealed that the sport will add a human element to future trials of new rules by working with gamers.

The 2021 overhaul to Formula 1 has proved to be the main talking point recently, but other changes which F1 considered last year included reverse grid sprint races to replace some qualifying sessions in 2020, an idea ultimately rejected by two teams meaning it couldn’t be enforced.

But from now on F1 wants Esports drivers to get involved with the simulations  – launched in 2017, F1’s Esports Series featured all ten teams last year as gamers competed for a share of the $500,000 prize fund.

Speaking at Autosport International 2020 about the need for a human element in their trials, Symonds said: “What’s difficult is the human part. One of the models we’ve run is we’ve looked at whether the grid formation that we have at the moment, which is the staggered eight-metre grid, whether that’s the right way to do it.

“If you want to investigate what would be the effect of a two-by-two grid, physics will tell you that the cars will all make the same start, they’ll all arrive at the first corner in the same order. But that’s not the way it really is.

“We need to understand, well, will we actually get a more exciting first lap, or will we just get a lot of accidents? We obviously don’t want to wipe out half the field on the first lap. The only way you can do that is the human in the loop thing.

“What I’m hoping at the end of this year is that we’ll use some of our elite gaming racers from our Esports series to actually test out some of our ideas for sporting regulation changes.”