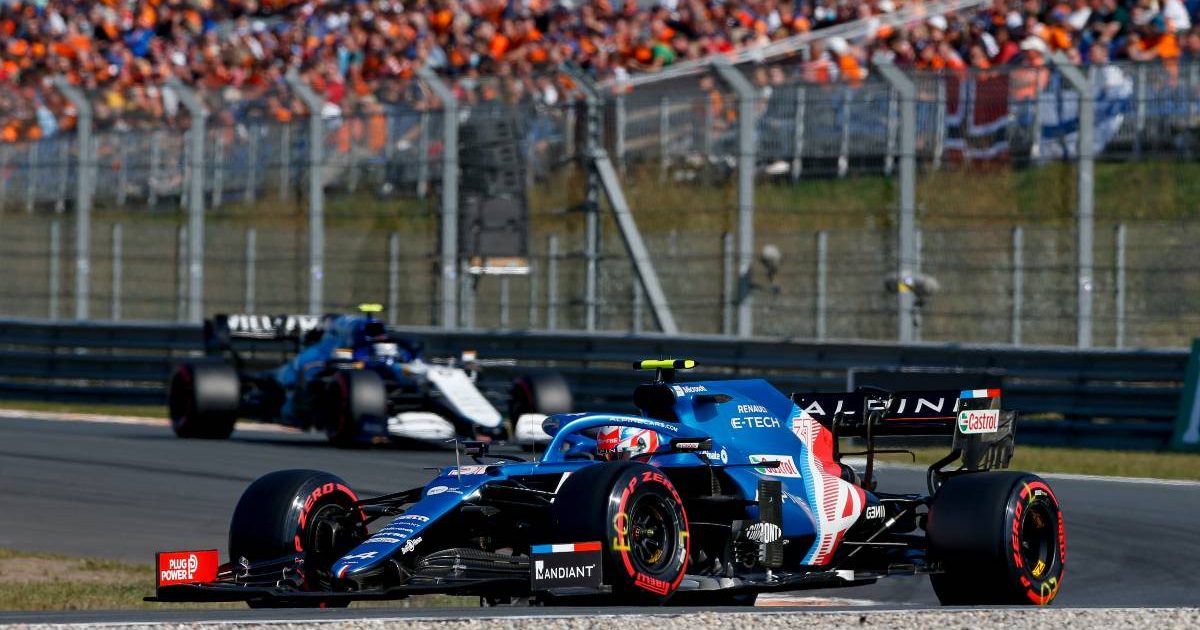 Esteban Ocon expects some early thrills and spills in the first Dutch Grand Prix for 36 years.

Formula 1 has returned to a revamped Zandvoort circuit, complete with three banked turns, to capitalise on the sport’s rising popularity in the Netherlands – which, of course, is due in no small part to Max Verstappen’s emergence.

Ocon and his Alpine team-mate, Fernando Alonso, expect the 20 drivers will combine to provide plenty of entertainment for the crowd of up to 70,000 and the TV audience – which was starved of action at last Sunday’s washout in Belgium.

Both Alpine drivers qualified in the top 10, with Ocon eighth and Alonso ninth, and are enjoying themselves so far at the coastal venue 20 miles from Amsterdam.

“To have both cars in Q3 is extremely strong because some of our rivals are not in top-10 positions and we are with both cars, so we definitely need to turn that into scoring points tomorrow,” Hungarian Grand Prix winner Ocon told Formula 1.

“It’s been a good qualy, I’m pleased with that because we were struggling a bit in FP3. We caught up in qualy and that’s the most important.

“I think we maximised the potential of the car today. It’s so close with me and Fernando, we have very similar cars between us. It shows we still need a bit of work to qualify further up.

“I think we can definitely gain some positions in the race, see what we can attack.

“It will be quite a chaotic first lap and after that I expect it to calm down a bit, but it should be quite a fun few corners at the beginning.”

Alonso concurred that, unlike Monaco to which Zandvoort has been compared due to its tight, twisty layout, there should be plenty of action.

“It was an enjoyable day,” said the Spaniard. “To drive around this place on low-fuel cars feels amazing because you feel the speed and the banking and everything, so it was a good day in that sense.

“Tomorrow will be different with heavy cars and maybe not too many chances to overtake cars. It will be a long race like Monaco, Budapest or something that you try to consolidate the position after lap one and make no mistakes.

“It will be a challenge for everyone. Concentration has to be very high, there is no room for a mistake, the gravel is there and it will be good to watch.”