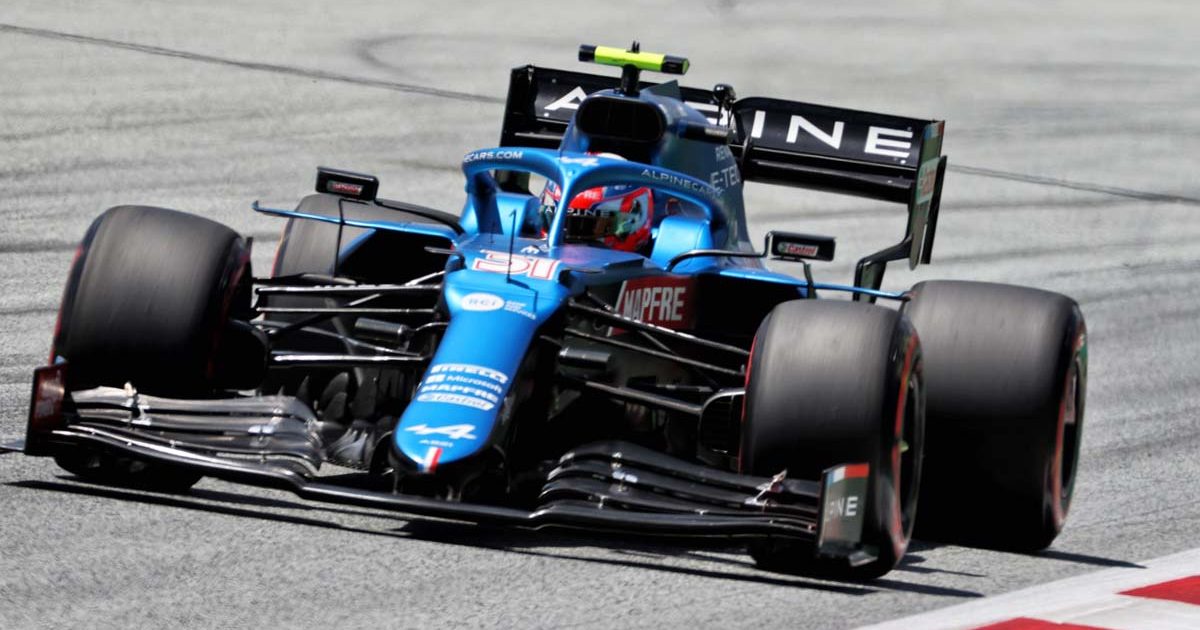 Esteban Ocon thinks Alpine have resolved his performance problems with the new chassis he was given for the British Grand Prix.

The Frenchman had been on a poor run of form heading to Silverstone, ironically straight after signing a new three-year contract with the team.

A run of four races without a point saw Ocon finish no higher than 14th, although he insisted it had not been sparked by any complacency as a result of his new deal.

That was borne out when Alpine provided the 24-year-old with a new chassis at the British Grand Prix and it had an immediate effect, with Ocon improving upon the two Q1 exits he had just experienced in Austria before going on to finish ninth in the race.

It was a result much more in keeping with what is expected of Ocon and Alpine, for he was two places and only four seconds behind his team-mate, Fernando Alonso, at Silverstone.

“Yes, I’m pretty sure we’ve solved the issue we had,” said Ocon, quoted by Motorsport.com.

“It’s not only a chassis change we’ve done. There were a lot of things [in the] background and other paths we changed. We spotted something after [Austria] on the Monday and we questioned ourselves if that could be the reason.

“The only thing I care about is that obviously I feel good now. And as soon as we went out with the car in practice one it was competitive, like it should be. That was much better.”

A tight race but good fighting until the end, great to have both cars in the points for @AlpineF1Team 🔥!
I would like to wish @Max33Verstappen a quick recovery! #britishgp #EO31 pic.twitter.com/08uvqPiVvJ

The chassis was changed after Ocon said his results were “completely out of where the car was performing” for Alonso, who has been the more consistent among the Alpine duo of late even though the team’s performance generally this season has been down on last year when they were named Renault.

“We were a lot slower than the other side of the garage,” said Ocon. “The car was always capable of just being in Q3. That’s where we were supposed to be fighting.

“That’s what we did at Silverstone. The first run of Q2, I was inside the top 10. There was a messy last run in Q2, with a lot of traffic and overtaking in the last corner before starting the lap and stuff. Otherwise we could have been in Q3.

“That hasn’t been the case for a long time. So I’m pretty sure we spotted what was wrong and hopefully we can continue that run of scoring points like we were doing at the beginning of the year.”