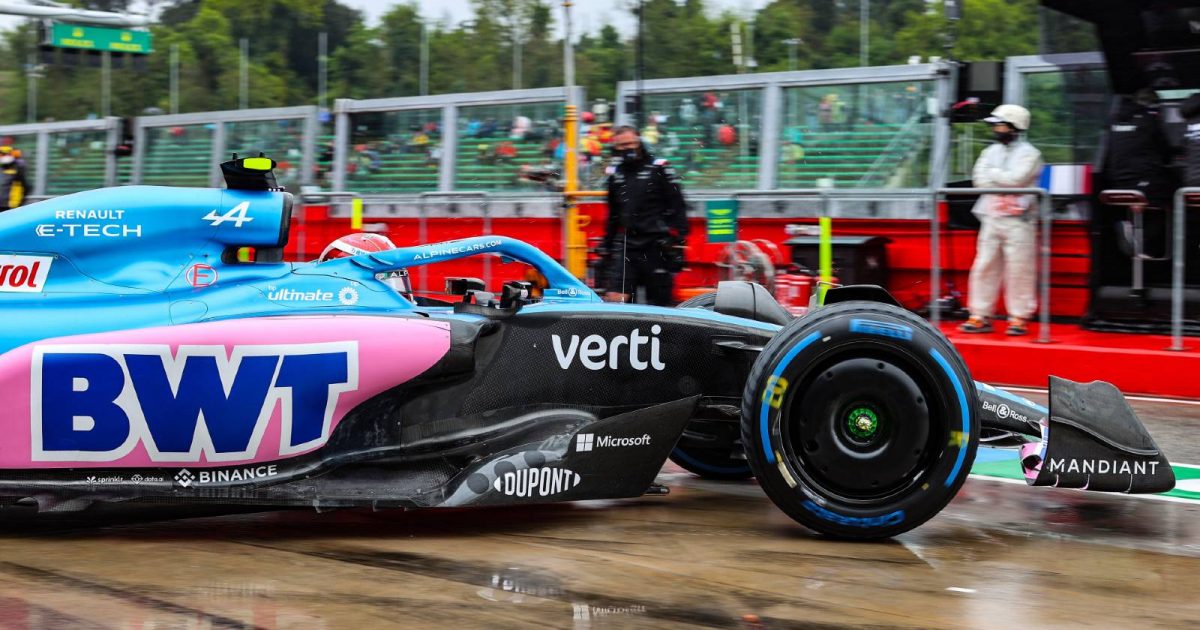 Esteban Ocon said a suspected gearbox problem had caused his Imola Q1 elimination rather than anything related to his new engine.

The Alpine driver was a shock early casualty in qualifying for the Emilia Romagna Grand Prix and will start 19th on the grid for the season’s first sprint.

Out of position considering his car’s pace, the Frenchman is currently the leading racer in the standings from outside the Ferrari, Red Bull and Mercedes teams.

He will therefore hope to make significant progress through the field in the sprint, with a new Renault engine that was fitted before the weekend’s action had begun – the second of the three he is permitted for the entire campaign.

A chaotic qualifying session in the rain meant several drivers are in surprising positions for the sprint, with Ocon revealing his was due to a car issue rather than being caught out by the tricky conditions – and not a problem connected to his new power unit either.

“The engine change was a separate thing,” Ocon told reporters afterwards. “Obviously we are hoping we will get that engine back in the pool for Friday practice sessions, so that’s fine.

“But today, the thing that stopped us was we think there is a gearbox issue, that’s what I heard. I heard [it was] gearbox oil, so that’s why I couldn’t complete the lap and obviously the track wasn’t at the best at the end. I think we would have got through otherwise.”

Tough one. Suspected gearbox issue to end Quali. But still two races to go this weekend… anything can happen. pic.twitter.com/Qbh8AUalBk

Apart from that, Ocon had been happy enough with his car and recognised the sprint weekend gives him more chances than usual to make up the lost ground.

“[The car] felt all right, I think it was not bad, so it’s going to be about coming back tomorrow,” added the 25-year-old.

“There’s two times racing and there could be some rain on Sunday, so plenty of things to do.”

The Alpine’s potential was highlighted by Ocon’s team-mate Fernando Alonso being up there in fifth position on the sprint grid.

“It feels good to be in the top five,” said the Spaniard, who had been on course for an even better qualifying result in Australia last time out until a hydraulic failure caused him to crash.

“Obviously it was a messy qualifying with the weather conditions changing all the time, so to be in the top five I think is good – we saved the day.

“I’m very confident now with the car, extracting the maximum from it. Reliability has been our weak point, so fingers crossed we have a clean weekend and can keep this position.”

Asked if it would be full-on attack from him in the sprint, Alonso simply nodded his head and said: “Yes…100%.”