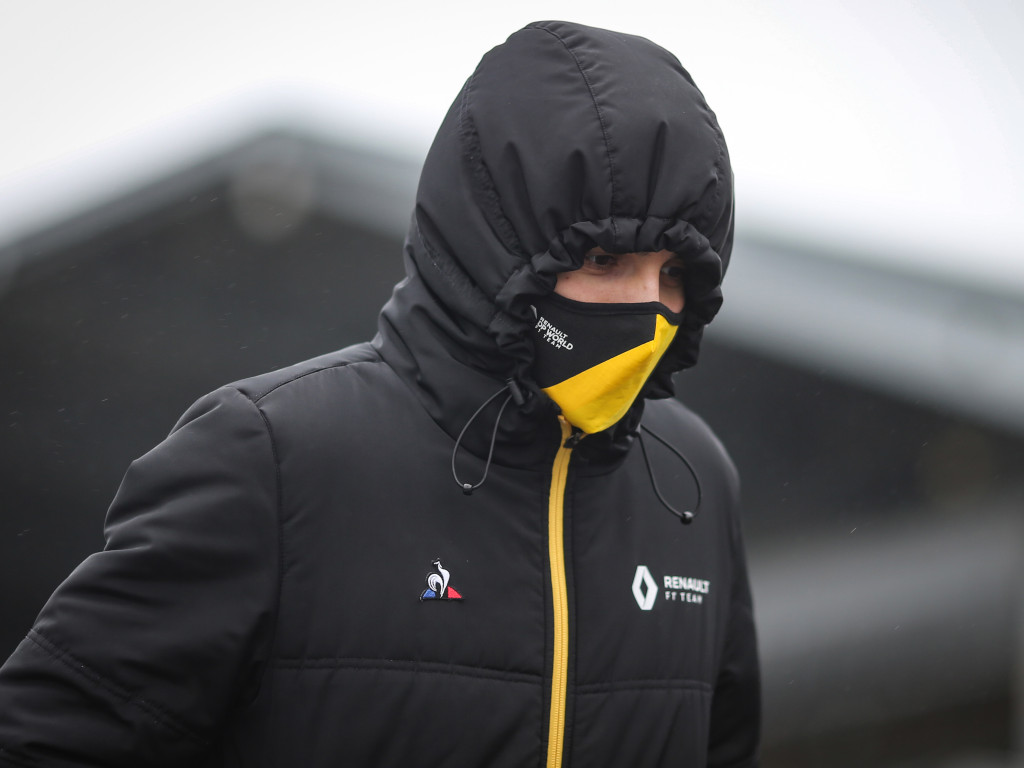 Esteban Ocon believed he could have finished in the top five at the Eifel Grand Prix, but instead he was handed a DNF.

The Frenchman was running well inside the points until an hydraulic issue forced him to retire on Lap 23.

Team-mate Daniel Ricciardo went on to score Renault’s first podium since Malaysia 2011 with P3, also his first podium with the team, and Ocon talked up just how important that achievement is.

That being said, he was disappointed to miss out on what he felt was going to be a top-five finish.

“It’s a fantastic team result today and congratulations to Daniel and the team for the superb podium,” he told the Renault website.

“It’s a massive result for the Constructors’ Championship – that’s the most important thing – and it also underlines the team’s progression this season.

“On my side, it was looking decent to be honest and we were definitely in line for a top-five finish. I did not have the best start but on the first stint, I was managing the tyre quite well and we were in a good place.

“I basically lost steering, brakes and gears and it’s a hydraulic issue, which we’ll investigate. It’s a shame, but we’ll come back from it and we look forward to the next race.”

Ricciardo to RTL in regards to Cyril's tattoo: "I have my flight tonight, in which I have 90 minutes of peace and quiet, I‘ll do some brainstorming on the flight, try to come up with something good for him!" pic.twitter.com/4b6MrFmtLB

Renault principal Cyril Abiteboul praised Ricciardo and the team, saying the R.S.20 is a good “all-rounder” which can now be there to pick up the scraps if one of the top three have an issue.

Valtteri Bottas’ retirement opened the door for Ricciardo to make it onto the podium, and as a result Abiteboul will now be getting a tattoo!

“It’s a great feeling and I would like to share this emotion we had at the track with every team member,” he said.

“It’s been a huge, huge journey to get here and today is a milestone. We earned that podium: we’ve seen it coming for some time. We have had the potential to be there and today we had the right circumstances.

“While we might need events in front to happen, we have a car that is a good all-rounder and when this type of opportunity comes we have the right team to capitalise. Daniel drove a great race and fully deserved this – we will have to see about that bet now!

“It is a bit bittersweet as only one car was at the finish line. Esteban was driving a solid race until his car developed a hydraulic issue and we had to retire him. Without it we could have got a huge points result, which is very important as reliability is what will eventually define the championship in Abu Dhabi.

“But for now we need to celebrate and enjoy this moment as it is a moment that matters in the life of the team.”