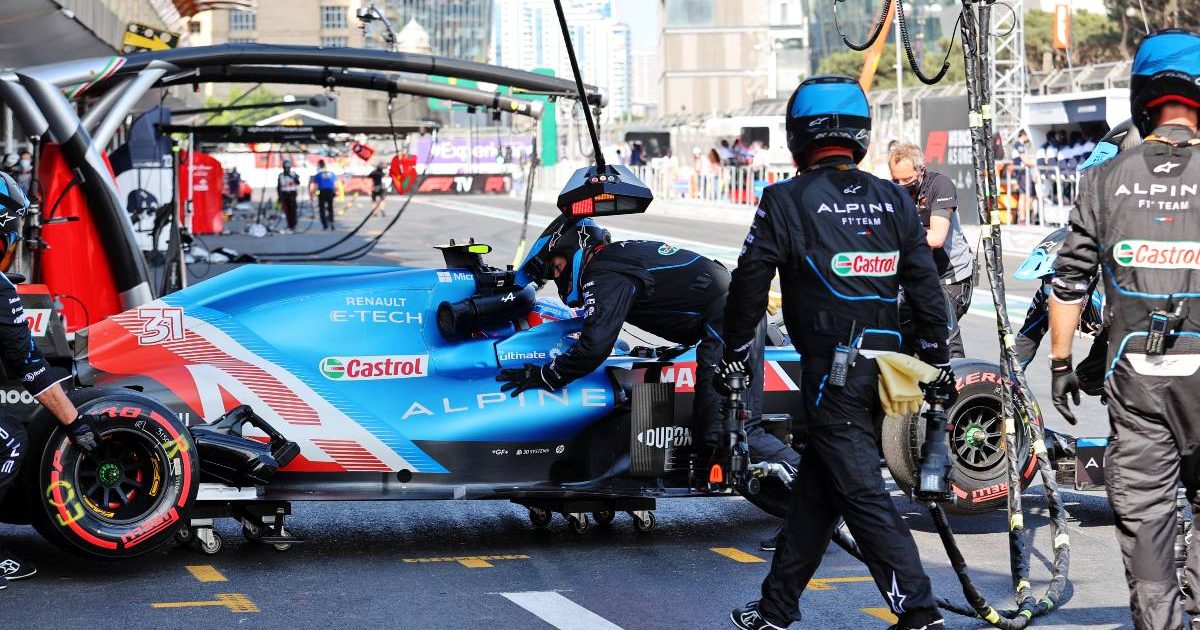 Esteban Ocon said he cannot “catch a break here” after a boost pressure loss made him an early retiree at the Azerbaijan Grand Prix.

After a recent upturn in form for Alpine, Ocon faced a slightly more difficult task as he lined up for the Baku race in P12.

But Ocon’s afternoon lasted only one lap before he trundled back to the pits, where Alpine mechanics wheeled his A521 back into the garage.

And speaking to the media, Ocon said a “boost pressure loss” had forced his retirement, making it back-to-back DNFs for Ocon in Baku.

“I don’t seem to catch a break here, it’s very tricky,” he told reporters back in the TV pen.

“We had a boost pressure loss, so we had to retire the car unfortunately. It was not our weekend, that’s clear.

“So we will turn the page and focus on the next one, the French Grand Prix which I really look forward to.

“I think it will be awesome for me and the team to get back there. It’s been a long time, so I can’t wait to also see people again. I hope there will be some fans around, so it will be great.”

Baku qualifying marked the first time Ocon had failed to make Q3 since the opening round of the 2021 season in Bahrain.

But when asked if this drop in performance was track-specific, Ocon argued his pace was actually strong enough for Q3, while in the race he jumped both McLarens at the start.

“We did a good start, went in front of both McLarens. I was fighting there, doing my race and it was going well, so it’s a shame. But as I say, we turn the page and focus on the next one.”