Home News Ocon: ‘No lies, no egoist stuff’ with Alonso 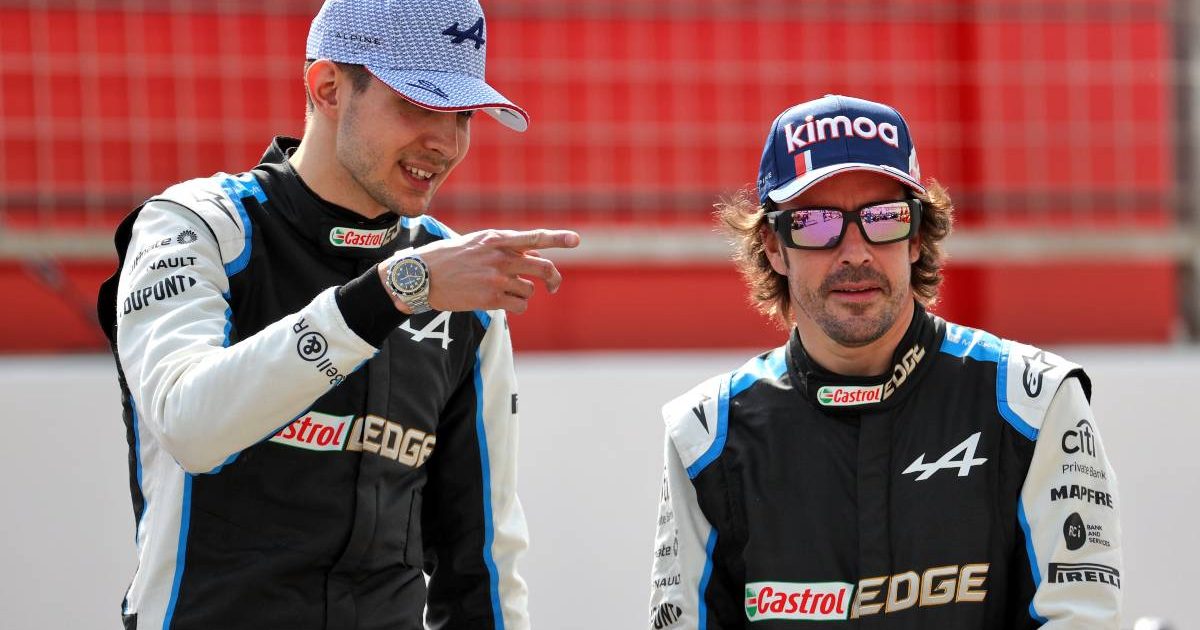 Esteban Ocon is baffled as to where his Alpine team-mate Fernando Alonso’s reputation for being difficult to work with has come from.

Formula 1’s newest race winner considers Alonso to be “probably the best driver of all time” and has no issues whatsoever with him being on the other side of the garage.

The teamwork between them was fully evident in the Hungarian Grand Prix, where Alonso played a key role in holding up Lewis Hamilton’s pursuit of leader Ocon.

With the World Champion stuck behind the Spaniard for several laps, it protected the 24-year-old Frenchman from the inevitable Mercedes attack and meant he held on for a shock first F1 victory by 2.736sec once Hamilton had finally got past Alonso and Carlos Sainz.

“I heard a lot of negative things about Fernando and to be fair, I don’t know where that comes from,” said Ocon during an interview with RTL.

“It’s unbelievable to see people not trusting him, from how everything is happening on the inside. But I guess all those people never really were on the inside.

“We are sharing information together. We like the same things. He sent me a go-kart, I gave him a radio-controlled car for his birthday.

“I’m just enjoying the collaboration we have together and I think it goes a bit beyond that because I have a huge respect for the guy, it’s as simple as that. We are forming a great duo, I would say.

“There is no strategy, no egoist stuff, no lies, nothing of all the sorts of things I’ve heard. He’s a huge racer and that’s it, full stop.”

Ocon quickly recognised the part Alonso had played in his Hungarian triumph and reiterated that, saying his Alpine colleague had “fought like a lion” in a race three days after he had turned 40.

“He had a huge contribution to that win, Fernando, of course,” added Ocon.

“To hold Lewis like he did gave us a breather, I would say, because I don’t know if Lewis would have caught up in the end. But definitely that took it out of the equation completely.

“He fought like a lion the whole race, he was on it and he’s a legend. It’s a privilege to be working with a guy like him that has nothing to prove anymore.

“Everyone knows he’s a top driver. He’s probably the best of all time, I would say.

“For him to be fighting like he is at 40 years old after winning two titles and still giving it that much, it’s unbelievable.

“Obviously I’m learning a lot alongside him and it definitely pushes the team forward because we are giving the same feedback and 105% of what the car is possible of at the moment.”