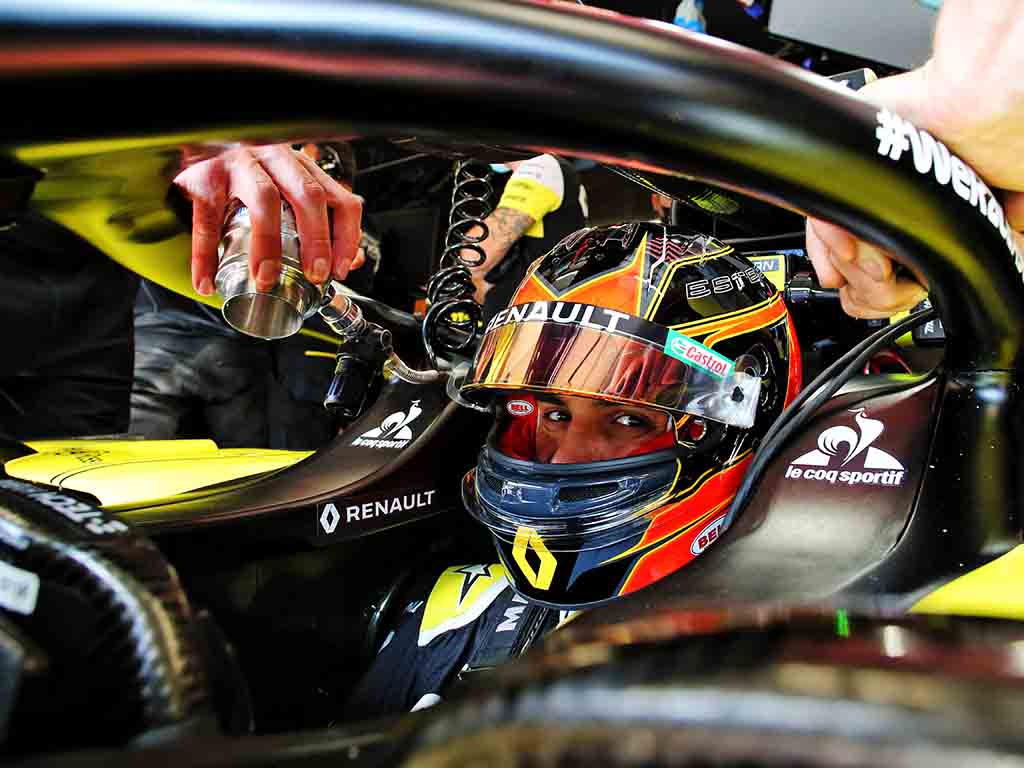 They say Formula 1 is the pinnacle of motorsport but Esteban Ocon challenged that claim with a bizarre crash in FP3 at the Spanish Grand Prix.

In the closing stages of final practice, Ocon was told via team radio that the Haas of Kevin Magnussen was on a timed lap and fast approaching him at Turn 3.

Ocon moved away slightly to let Magnussen through but, heading towards Turn 4, Magnussen backed off and moved away from the racing line.

This caught Ocon by surprise and, as he too was heading down the centre of the track, took sudden avoiding action to prevent a collision into the back of Magnussen. However, the outcome instead was contact with the wall and the front wing coming clean off.

Drama between Esteban Ocon and Kevin Magnussen at the end of FP3 💥 👀#SpanishGP 🇪🇸 #F1 pic.twitter.com/auSA7RtD2A

The reminder of the FP3 session was red flagged and the stewards confirmed that the incident is being investigated.

Ocon went to the FIA medical centre as a precaution but was quickly given the all-clear.

‘After the incident, Esteban visited the medical centre for precautionary checks,’ Renault confirmed.

‘He’s ok and back in the paddock now. The car is in the garage and being worked on for qualifying.’

After meeting with the stewards, they decided to take no further action.

The report read: ‘The Stewards heard from the driver of Car 31 (Esteban Ocon) and the driver of Car 20 (Kevin Magnussen) and team representatives and have reviewed multiple angles of video evidence, radio calls to the drivers and telemetry data.

‘Ocon was on an out lap having just exited the pits. Magnussen had just completed a timed lap. Magnussen passed Ocon going from turn 2 to turn 3 but then began to slow.

‘On the straight, halfway between turn 3 and turn 4 Ocon swerved to avoid a slowing Magnussen and crashed against the wall.

‘Discussing the incident with the drivers and examining the evidence, the Stewards determined that Magnussen lifted and slowed using ERS harvesting; there was no use of the brakes that contributed to the accident.

‘This was confirmed with telemetry. Magnussen pulled gently off line, having been advised of following traffic on fast laps. At the same time Ocon was also moving to the right to let traffic by and was looking in his mirrors for the cars following.

‘When he subsequently looked forward, he was surprised to see Magnussen directly ahead of him and swerved to avoid a collision. Both drivers and the Stewards agreed that it was an unfortunate accident and that neither driver was to blame.