Home News Ocon warned Stroll he was coming for him 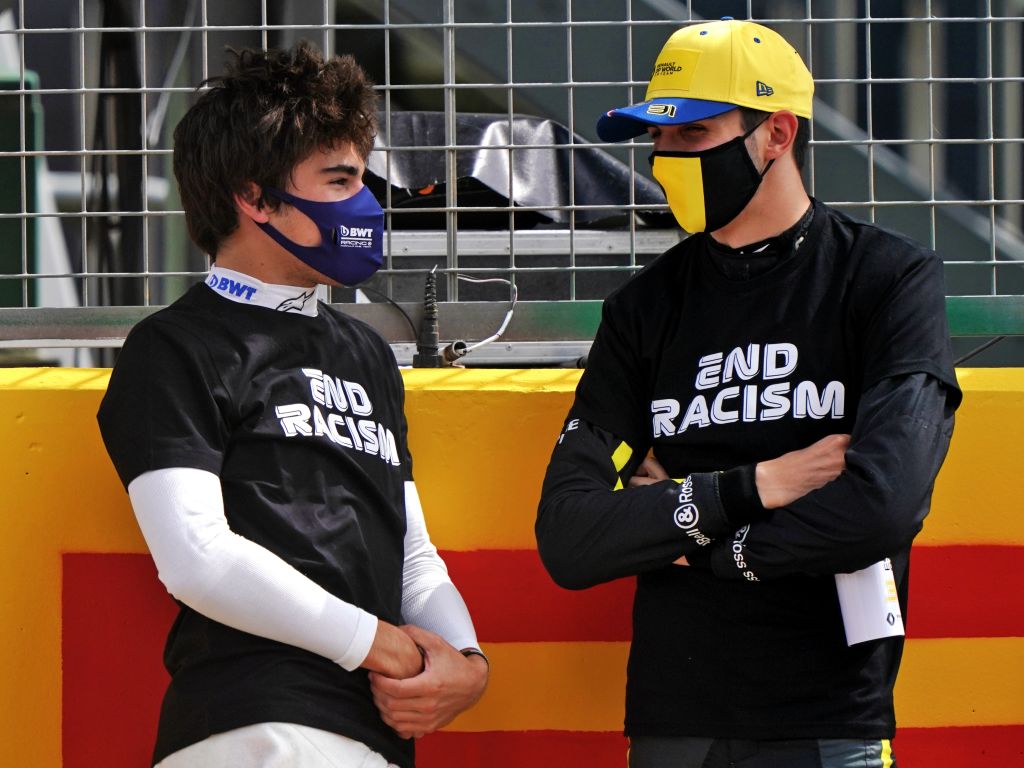 Esteban Ocon warned his good friend Lance Stroll that he was “coming” for him at the British GP, and delivered.

Racing Point departed Hungary with what looked like the second-strongest package on the F1 grid, but at the following round at Silverstone Stroll lined up down in P6.

Ocon meanwhile started from P9 and it was this position which he spent most of the race in as he tried to make his way past Stroll.

The Canadian was at one point shown the black-and-white flag, warning him for his movement under braking, but on Lap 46 Ocon finally got the job done on the Canadian around the outside of Brooklands.

And interestingly enough on the grid before the race Ocon had warned Stroll, all in good spirit of course, that he was “coming” for him.

“Yeah it was long,” Ocon said on the F1 Nation podcast as he recalled his 38-lap stint stuck behind Stroll.

“It was getting a bit frustrating at some point but funny enough we had a chat on the grid with Lance and I said to him: ‘look, I’m coming for you!’ [I] just threw it [out] like that.

“Of course I was never expecting for it to be that close, but yeah it was great. We’ve shown that we have a great speed in the race, and we have to put pressure like this on them. It was a good thing and [I] had the fight with my friend, which was nice.”

Stroll joined Romain Grosjean on the naughty list for their actions in defence at Silverstone.

But unlike Grosjean, who earned backlash from Carlos Sainz and Ocon’s team-mate Daniel Ricciardo, Ocon had no complaints about Stroll’s defensive driving.

“He did, he did [move under braking], but I didn’t complain because [we’ve known] each other a long time. He knows he can do that a little bit to me, but at some point I’m going to go for it so he knows that as well; he needs to be careful,” he said.

Ocon finished P6 thanks to late tyre failures for Sainz and Valtteri Bottas who were running ahead of him, but he believes P6 was a “deserved” finishing position.

“I felt more comfortable with the car and how we’ve set it up for quali, I felt great in Q1, Q2, and in the race as well so it has been a great weekend for understanding a lot of things and just [to] get it there where the car deserves to be,” he explained.