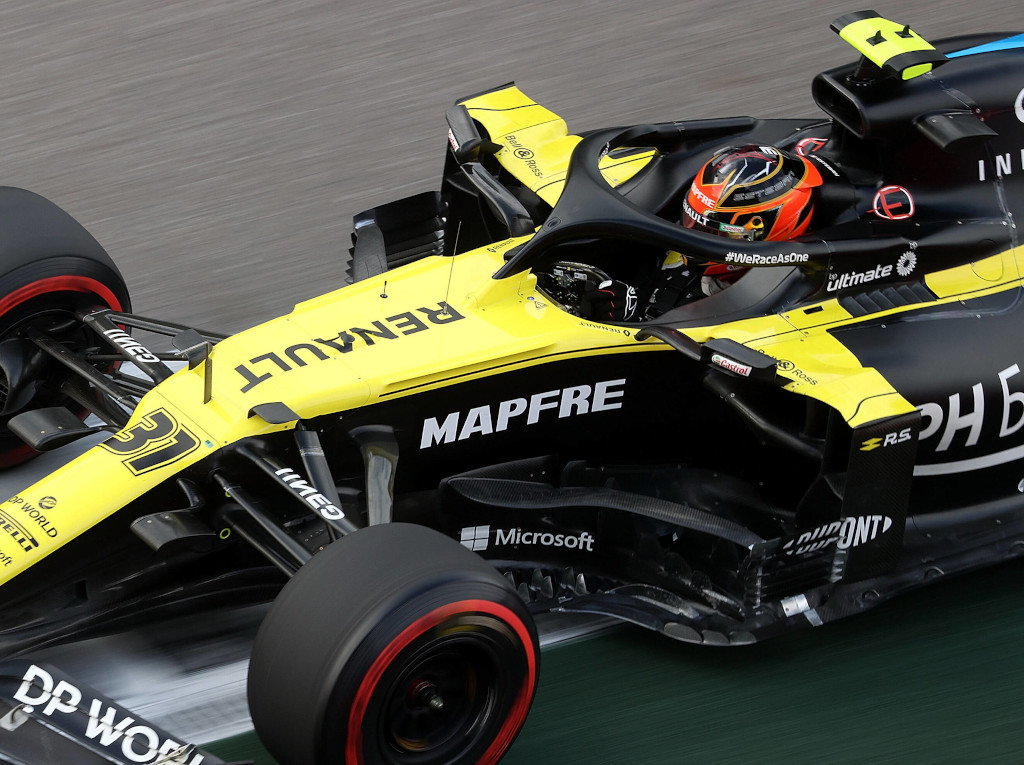 Sandwiched between the two McLaren drivers on the Sochi grid, Esteban Ocon is expecting a “spicy” start to the Russian Grand Prix.

Ocon qualified seventh for Sunday’s race with Carlos Sainz ahead of him and Lando Norris right behind.

Throughout the weekend Renault and McLaren traded blows in the practice sessions with Daniel Ricciardo having the upper hand on Friday before Sainz grabbed the advantage in Saturday’s final practice.

However, when it came down to it in qualifying, it was Ricciardo was again ahead, P5 on the grid ahead of Sainz, Ocon and Norris.

Ocon reckons it is going to be an interesting battle between the four Renault-powered cars.

“We are spicy, that sandwich is not going to be nice I tell you,” he told the official F1 website.

“The target is to move forward.

“It is a tight first corner so we have to be careful but we are not shy of anyone and I think we can race from there.”

The Frenchman was happy with the progress he made over the course of the weekend and is hoping to turn that into a solid points finish come Sunday.

“I think it has been a pretty good weekend overall,” he added.

“I think we have a decent car.

“At the beginning of the weekend we did a lot of different testing and in the end it was performing very well.

“It is not one of the best tracks for us but we are there in the mix, ready to give it a good fight.

“I think there was a little bit more possible in qualy.

“Obviously I was on a lap when the red flag came in Q2 so that compromised my new sets.

“But we are there and ready to fight for the race and anything can happen.