Home News Ocon: Mugello was ‘race of the season’

Esteban Ocon thinks the Tuscan Grand Prix at Mugello surpassed Monza as being “the race of the season” so far.

After a couple of drab contests at Barcelona and Spa, F1 has livened up with two consecutive entertaining races in Italy.

Both featured red-flag stoppages. In the Italian Grand Prix at Monza, after Charles Leclerc had crashed his Ferrari, leader Lewis Hamilton was given a stop-go penalty upon the restart for illegally entering the pit lane, costing him any chance of victory which instead went, surprisingly, to Pierre Gasly ahead of Carlos Sainz and Lance Stroll.

Then a week later, at Mugello, cars crashed out on three separate occasions, although this time Hamilton spearheaded a more predictable podium completed by Valtteri Bottas and Alex Albon.

Although most neutrals would probably vote for Monza, it’s Mugello that gets Ocon’s vote as having been the pick of the first nine races of the 2020 campaign – even though neither was the most rewarding for him personally.

The Frenchman had previously finished an excellent fifth at Spa, just behind his Renault team-mate Daniel Ricciardo, but was eighth at Monza before having to retire at Mugello due to overheating brakes. 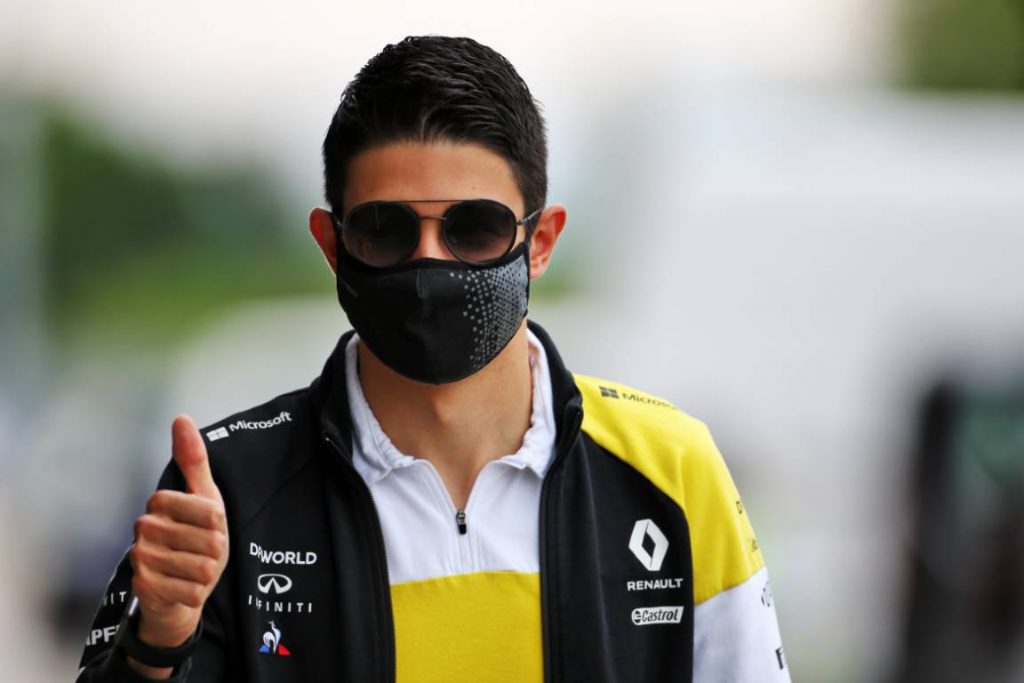 “If we thought Monza was the race of the season, then Mugello might have just beaten it,” said Ocon, who turned 24 on Thursday, in his column on the F1 website.

“A lot happened and, again, you can’t predict any result from anybody or how the race can turn out.

“I think overall, it was a good weekend for us even if we couldn’t finish the race. When we came to Mugello it turned out we were competitive, which was a very good surprise. We didn’t expect to be so competitive as we know where the strengths of our car are.”

The strengths to which Ocon referred revolve around straight-line speed and with only the one long flat-out section at Mugello, the high-speed corners of the remainder of the circuit were not as much to Renault’s advantage.

However, he is pleased the team capitalised on the visits to Spa and Monza earlier in the latest triple-header which suited their car better.

“It was a busy three weeks, a big physical and mental challenge, but also a very good one for us, scoring 47 points overall, the most of all the midfield teams,” he said.

“That means we are going in the right direction, improving during the season, which is very good and we are looking forward for more.”