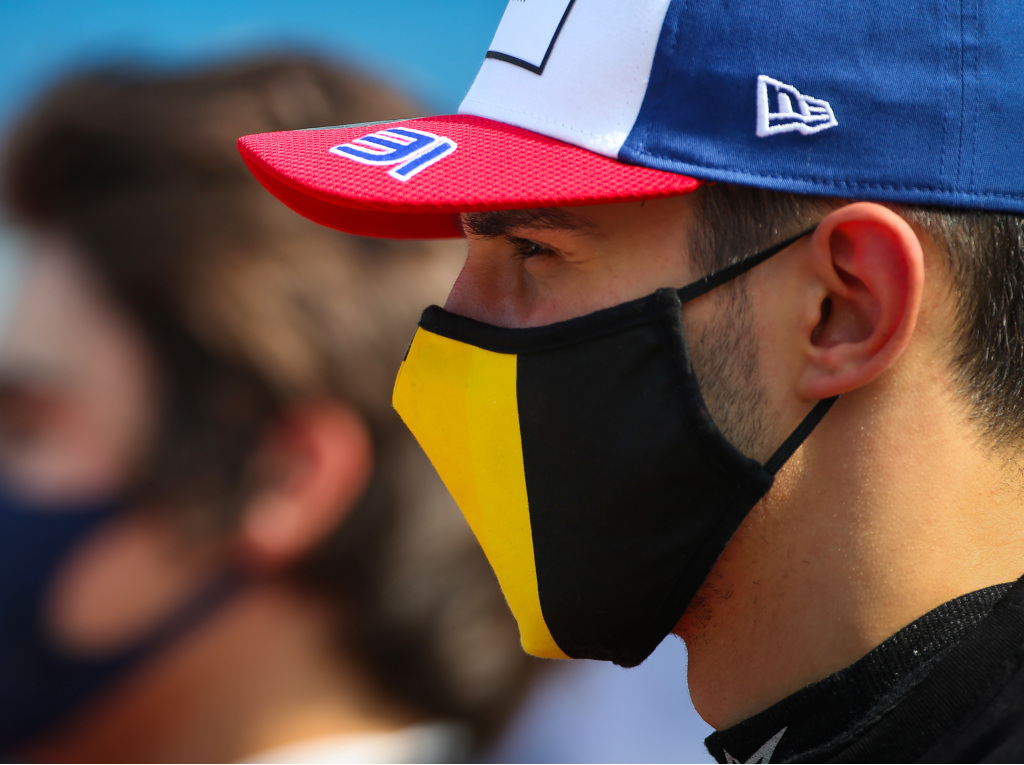 Esteban Ocon feels the next level for him and his Renault career is to join team-mate Daniel Ricciardo in fighting for the podium.

There is no doubt 2020 has been Renault’s strongest season since they returned to the sport in 2016 with the French manufacturer holding a slender one-point lead over McLaren and Racing Point in the battle for P3 in the Constructors’ Championship.

Ricciardo in particular has been a highlight for Renault. He scored their first podium finish since 2011 with P3 at the Eifel Grand Prix, and two rounds later another followed as Ricciardo crossed the line P3 at Imola.

P5, though, remains Ocon’s best result of the season, so he hopes to now push on and challenge for the podium himself.

“I think, as a team, we wouldn’t be kidding anybody if we said we’d expected to be third in the Championship 13 races into the season,” he wrote in his column on the Formula 1 website.

“But that has been down to a really big team effort from everyone executing the races trackside and all the preparation and hard work at Enstone and Viry. I do feel we deserve to be in this position.

“We’ve shown, especially more recently, we are quick at a number of different circuits as well as in varying conditions. We also know our competitors are fast and not making it easy for us.

“I must say, Daniel has been in incredible form. The feeling in Germany when he got the podium meant a lot to the team and to see everyone with a smile on their faces in Parc Ferme meant a lot.

“It’s no secret that I aim to be up there soon, and I want to make sure I’m contributing my part to the team effort. I know the ability for strong results is there on my side of the garage, but I’ve retired from two of the last three races with technical issues.

“We must finish races and I know if we do, we can be up there. Portugal was a damage limitation race for us as team as we didn’t quite have the pace to break closer to the top five, so to score points was still a good result. I definitely enjoyed my first stint, it just kept going on. I believe I could have finished the race quite comfortably on those set of tyres!

“It’s great to be able to say that we are third in the Championship but actually, for now, it doesn’t matter so much. It only counts at 7pm on 13 December in Abu Dhabi when the chequered flag comes out. That’s when it matters.”