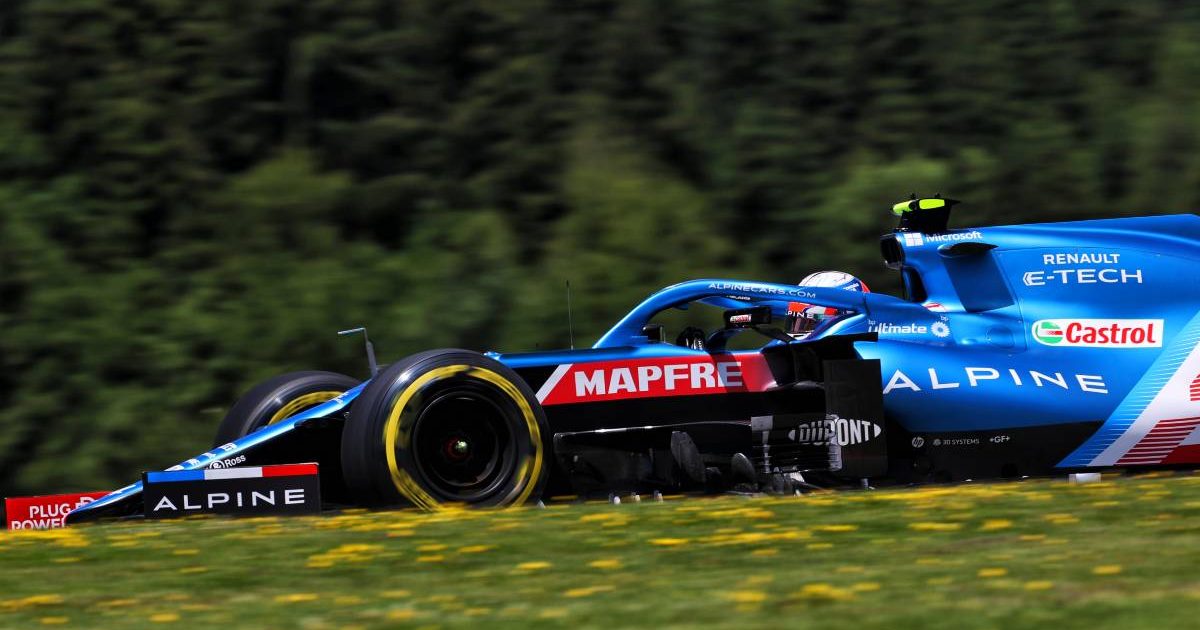 Esteban Ocon was mystified as to why he could not muster the pace to even advance to Q2 at the Styrian Grand Prix.

The Frenchman, who recently signed a new three-year contract with Alpine, was, along with his team-mate Fernando Alonso, among the last runners to emerge from his garage to set a time in Q1.

But whereas Alonso advanced comfortably, and went on to bag a P8 starting slot at the Red Bull Ring, Ocon missed out on Q2 by 0.075sec and is behind both Williams cars on the grid.

“Not acceptable, obviously, to be out in Q1,” said the 24-year-old who, after a run of four consecutive points finishes, has failed to score at the last two races.

“We are clearly not happy with where we stand today. We were lacking pace since this morning clearly and didn’t manage to find it into qualifying.”

Ocon was referring to FP3, in which he was three tenths of a second down on Alonso and after a promising start to the season in comparison to his veteran colleague, he is now starting to be put in the shade somewhat by the two-time former World Champion.

#StyrianGP, Quali Debrief ⬇️
“It’s been a difficult weekend so far, but we gave it our maximum on both push laps. The lap-time just wasn’t there and that’s something we need to understand.”
– @OconEsteban

“Clearly we need to regroup, keep analysing, keep seeing what’s going on because on our side it’s getting difficult, as simple as that,” added the ex-Force India driver.

“I don’t feel happy with the car. I don’t feel like the performance is there. When I finish a lap, I feel like we gave it the maximum and then the lap time is just not coming, so we need to understand.”

Alpine sporting director Davide Brivio, referring to what Alonso had achieved in qualifying, said: “Unfortunately, we couldn’t use this potential with Esteban, and we need to analyse and understand the information to get in better shape for tomorrow.

“We need to take every opportunity in the race with both cars. The weather could be changeable and the field is so tight that there is every hope of a good finish.”