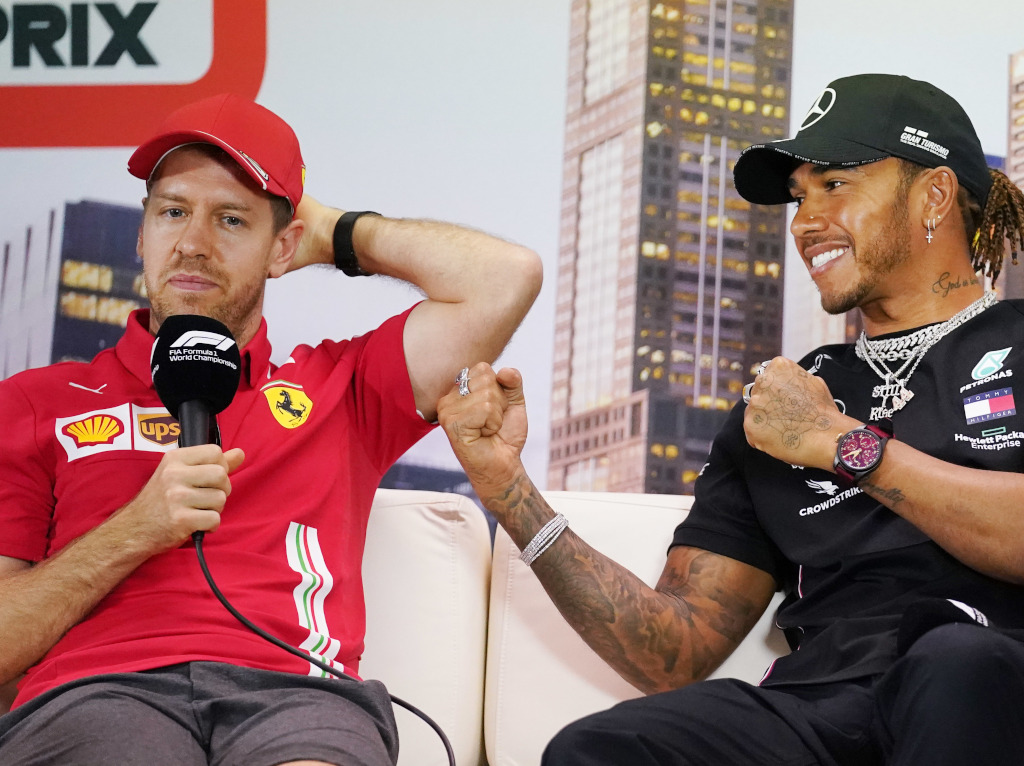 Lewis Hamilton and Sebastian Vettel will need to let their respective teams know by the ‘end of April’ whether they are signing renewals for 2021.

Both Hamilton and Vettel have contracts on the table, it is now up to the two to decide if they want to stay at Mercedes and Ferrari respectively.

‘Several rumours collected in the last few days confirm that both Lewis Hamilton and Sebastian Vettel will have to communicate their intentions to their respective teams by the end of April, confirming or not the conditions agreed in the negotiations that have already carried out’ reports the Italian publication.

‘There is apparently no hurry, but in reality there are mechanisms that put pressure on the top teams.’

Those pressures are finding top drivers to replace them if they opt not to re-sign.

Vettel’s new contract is believed to be a one-year deal, and one that comes with a drastic pay cut.

Should the German decide that it is not for him, Daniel Ricciardo and Carlos Sainz are leading the running to replace him.

In which case both would need to enter negotiations with Ferrari, as well as their current teams – Renault and McLaren – and then decide.

Sainz reportedly already has a new contract from McLaren on the table so Ferrari need an answer from Vettel sooner rather than later if they want to chase the Spaniard’s signature.

Mercedes is not in as much of a hurry to get Hamilton to commit as the Brackley squad is lining up George Russell as his replacement.

However, if Williams, who Russell has a three-year deal with, refuse to let him leave after this year – year two – then Mercedes need to look elsewhere as Esteban Ocon has left the family to join Renault.

With only three drivers with 2021 contracts in place, Max Verstappen, Charles Leclerc and Ocon, a no from either Hamilton or Vettel will open the door wide on the driver market.