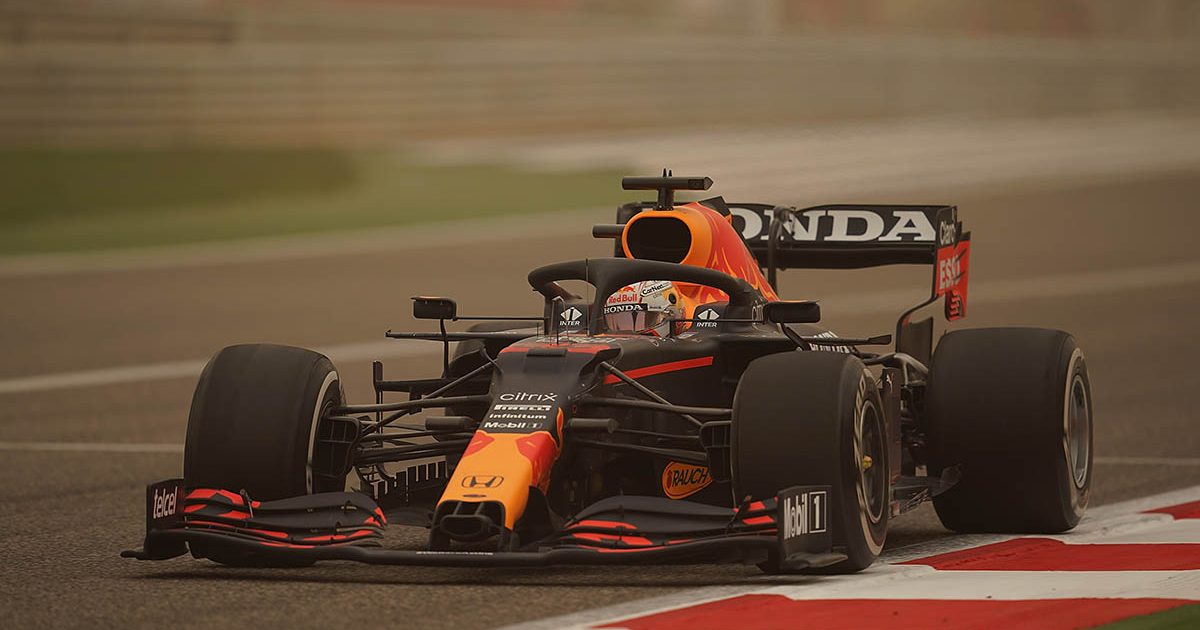 Max Verstappen topped the timesheet at the end of the first day of testing with a sandstorm providing a dramatic backdrop to events in Bahrain.

The Dutchman, looking to be the main threat once again to Mercedes in 2021, dislodged the early morning pacesetter, Daniel Ricciardo, in the afternoon session and improved on his times before settling for a 1:30.674 on the medium compound tyres. He also recorded 134 laps in the process, the most of any driver.

McLaren’s Lando Norris and Alpine’s Esteban Ocon, rounded off the top three, 0.215s and 0.472s off the pace respectively.

But it is reliability, rather than pace, that is the most important element on the agenda with one-third of the whole pre-season testing period now completed.

"Welcome to the 2302 Bahrain Grand Prix. The first #F1 race to take place after the apocalypse." pic.twitter.com/qP0nH9C9Et

And the day did not get off to a strong start for reigning World Champions Mercedes as a gearbox problem kept Valtteri Bottas in the garage for well over two hours. Thankfully the whole day was not lost for the Silver Arrows, with Lewis Hamilton able to perform more laps in the afternoon as Mercedes looked to make up for lost time.

Hamilton, though, did have a few little teething problems to deal with himself. He requested his pedals to be changed during his first run and reported that one of his wing mirrors came loose before ending the day in P10 with 42 timed laps on the board. Bottas, in comparison, managed a mere six and that ensured Mercedes finished bottom of the opening day’s lap count.

It also appeared that the reliability gremlins had made their way to Ferrari after Charles Leclerc (P11) provided the first and only red flag of the day just before the lunch break. But, once the worst of the sandstorm had passed, his new team-mate Carlos Sainz was soon back out amongst the action and finished P5.

Elsewhere, Aston Martin and Haas also overcame minor delays in the morning to carry on their programmes in a stress-free afternoon. Four-time World Champion Sebastian Vettel racked up 51 laps on his first official outing for Aston Martin on his way to P13, while his team-mate Lance Stroll was a late riser up the rankings with a P4 run on the prototype tyres.

There were also debut runs for Haas duo Nikita Mazepin (P15) and Mick Schumacher, (P16), plus new AlphaTauri recruit Yuki Tsunoda (P9) and all three will be thankful that they managed to keep it out of the wall during their first official laps as Formula 1 drivers.

Day two on Saturday will see the official return of a certain Fernando Alonso to the grid when he heads out in the Alpine A521 and we will also see Sergio Perez put down his first laps in his new Red Bull car.