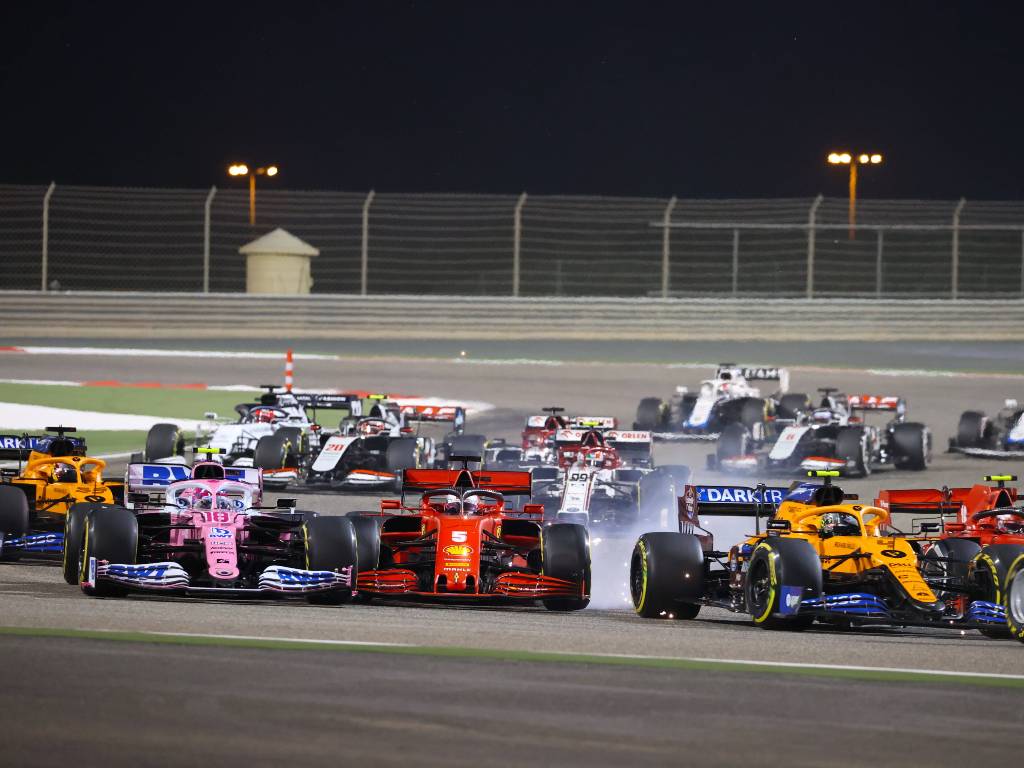 Formula 1 have confirmed race start times for the 2021 season will revert to being on the hour rather than 10 minutes past.

For the previous three years, drivers set off on their parade lap when the sponsored circuit clock ticked round to 10 past the hour.

That decision had been made with broadcasters in mind, allowing them to begin their coverage exactly on the hour should they choose to and still incorporate some build-up.

But that has now been shelved, following consultation with the teams, and instead the more traditional on-the-hour starts reinstated.

The 23-race season is now due to begin with the Bahrain Grand Prix on March 28, which is the day that marks the start of British Summer Time and therefore UK viewers should be on their sofas and tuned in ready for 16:00 to watch a night race.

Another floodlit grand prix will be the new race in Saudi Arabia on December 5, which has been scheduled for 16:00 GMT.

Discussions had also taken place about starting the European races an hour earlier, as was the case in the past, but this was decided against.

Early alarm calls will be needed for Japan and Australia, both of which are scheduled to begin at 06:00 BST and GMT respectively on October 10 and November 21, either side of the clocks going back in the UK.

All three practice sessions across a Friday and a Saturday morning will now last for one hour each, the same as qualifying. FP1 and FP2 previously lasted for 90 minutes.

In keeping with tradition, the first two practice sessions for the Monaco Grand Prix will take place on the Thursday rather than Friday.

The one race which has yet to have any times confirmed is the TBC event on May 2, for which a second consecutive Portuguese Grand Prix is expected to take place.