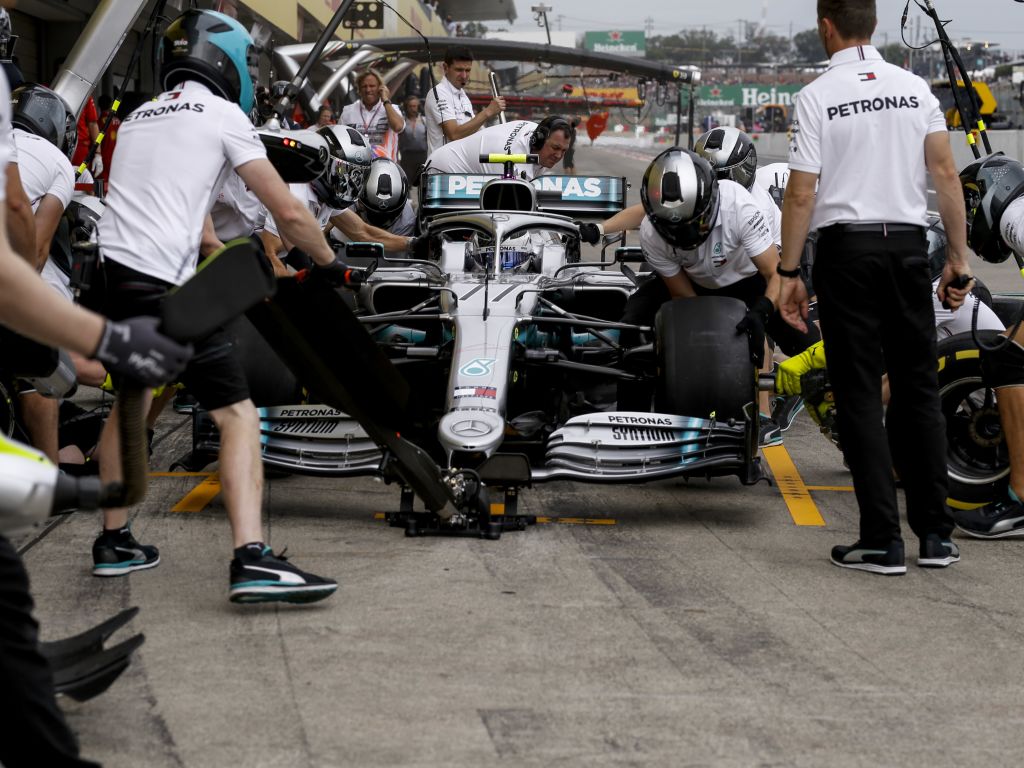 F1 sporting boss Ross Brawn says there are “no signs” Mercedes intend quitting from Formula 1, in fact he reckons the sport won’t lose any manufacturers come 2021.

Mercedes, along with its rival teams, have yet to sign a new Concorde Agreement or commit to Formula 1 long-term.

This has led to speculation that the German manufacturer could walk away from the sport at the end of this season, jumping ship before the new regulations come into effect.

Mercedes have denied this with Toto Wolff saying the Brackley team will “definitely” be around in 2021.

Brawn has backed him up.

“I see no sign that we won’t [lose Mercedes],” he told Motorsport.com.

“In many ways, if you go to board level they like what’s happening because they have got certainty.

“Every time that Toto [Wolff] goes to the Mercedes board each winter, he asks for a bigger budget because he needs it to win. So what do they say? No, we don’t want to give you any more because we don’t want to win any more?

2021 won’t only see a change in the aerodynamic regulations but also the introduction of a $175m budget cap.

Brawn feels this even appeals to Mercedes, who spent over $450m last season.

“We want F1 teams to succeed in a much more sustainable way than now,” he said.

“They think it’s okay [right now], but when you get right to the limit, you get a little earth tremor over here and suddenly it stops. And that’s what we don’t want.

“We want Mercedes to feel that it’s such good value for money, there’s no way they’ll ever stop because why would they?

“The amount they are spending, they are getting far more return than spending. And if it was a little tremor in their economic environment, it’s fine because they can cope with it and it doesn’t matter.

“And that’s why we think there’s a need for change.”