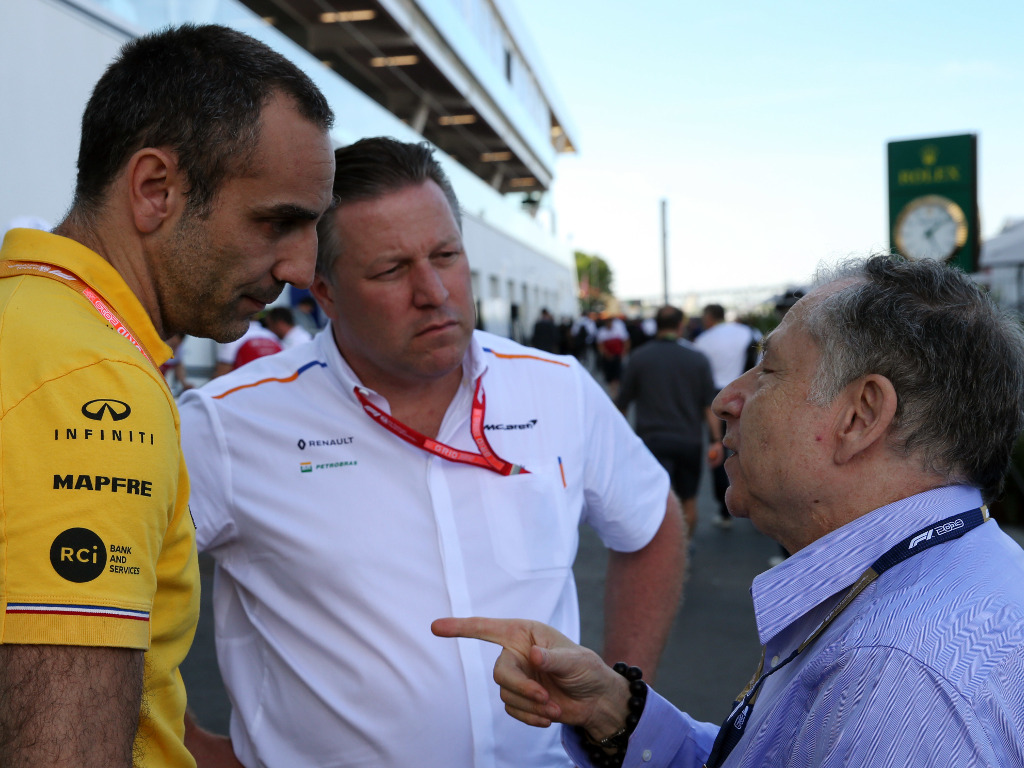 Zak Brown has urged F1’s powers-that-be to finalise plans for a budget cap in June, not October, saying the it needs to be done before “it’s too late.”

Formula 1 team bosses continue to debate the 2021 regulations with the sport’s owners Liberty Media and the FIA.

The rules that will govern the budget cap were meant to be finalised in June but some teams are pushing for a delay until October.

According to BBC Sport, Mercedes and Ferrari are calling for a postponement while teams further down the grid such as McLaren fear this is an attempt to ‘water down cost restrictions’.

Speaking to BBC Sport, McLaren CEO Brown said: “We want what will bring the best balance to the sport.

“As a sport we spend way more money than we need to go racing and put on a good show for the fans.

“We’re one of the few industries that hasn’t adjusted to today’s economic realities and as a major sport we have more financial imbalance among competitors than any other.

“We need to push forward so that every team has a reasonable opportunity to be competitive.

“We need to lock down the future of the sport before it’s too late.”

Ferrari team boss Mattia Binotto explained the Scuderia want the regulations delayed because they are immature and need more work.

He said: “On the principle of the objectives, we are all on the same page and have been since the first time.

“But time is running out and we are late and the regulations have just been published and are not mature enough to be voted [on] so I think postponing was the proper decision.”

According to BBC Sport, McLaren along with Renault, Racing Point, Alfa Romeo and Williams ‘feel that the current arrangements for the budget cap in 2021 are acceptable and do not want to open the door to any further changes.’

“The more time passes, the better it looks to be for the established teams taking advantage of their current power,” stated Renault F1 managing director Cyril Abiteboul.

“I understand everyone accepts the principle of the financial regulations, budget cap, plus the figures and exclusions that have been come up with.

“So for me there is no reason to not set that in stone unless people are not acting in good faith and are willing indeed to get something different from what has been, we believe, agreed.”