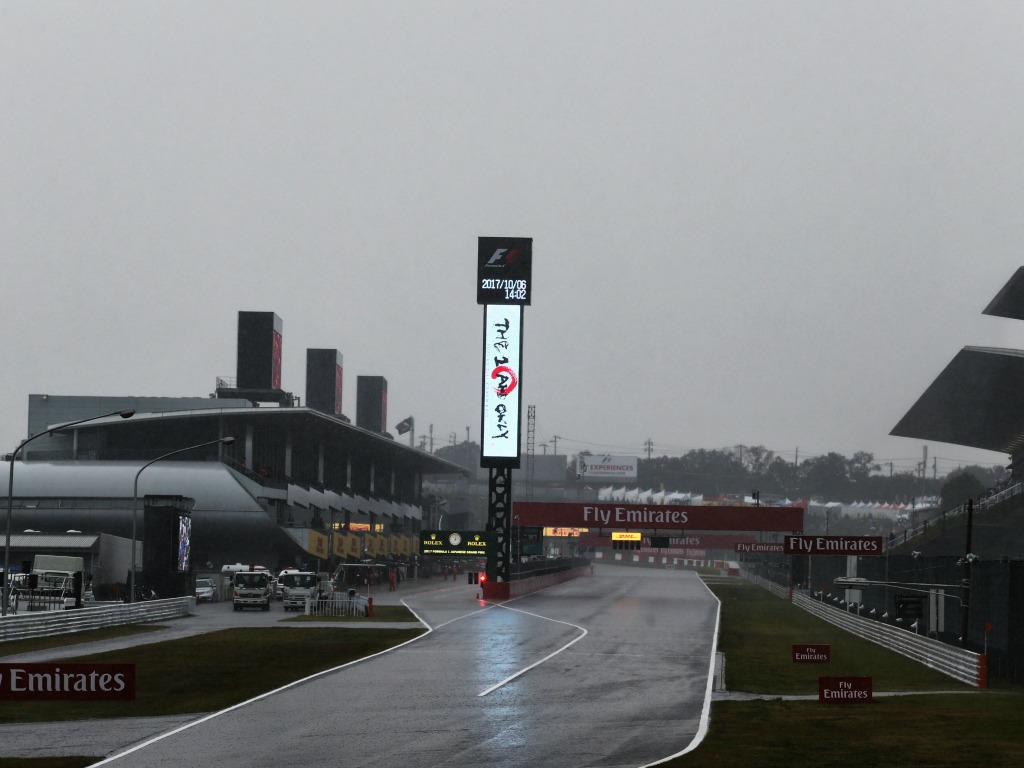 Japanese GP officials have taken the decision to cancel all Saturday sessions for the Japanese GP, postponing F1 qualifying until 10am on Sunday.

Typhoon Hagibis is set to make landfall on Saturday morning, posing a threat to life and property.

The typhoon, a category 5 super storm, is set to bring with it heavy rain and strong winds with gusts of up to 270kph.

As such the Rugby World Cup, also taking place in Japan, has cancelled two of its Saturday matches with F1 following suit.

The sport’s bosses announced on Friday morning that all Saturday activities at the Japanese Grand Prix had been cancelled in the interest of safety.

“As a result of the predicted impact of Typhoon Hagibis on the Japanese GP 2009, Mobilityland and the Japanese Automobile Federation (JAF) have decided to cancel all activities scheduled to take place on Saturday 12 October.

“The FIA and Formula 1 support this decision in the interest of safety for the spectators, competitors and everyone at the Suzuka Circuit.”

The revised schedule has F1 qualifying taking place at 10am on Sunday with the race still in its 14:10pm slot.