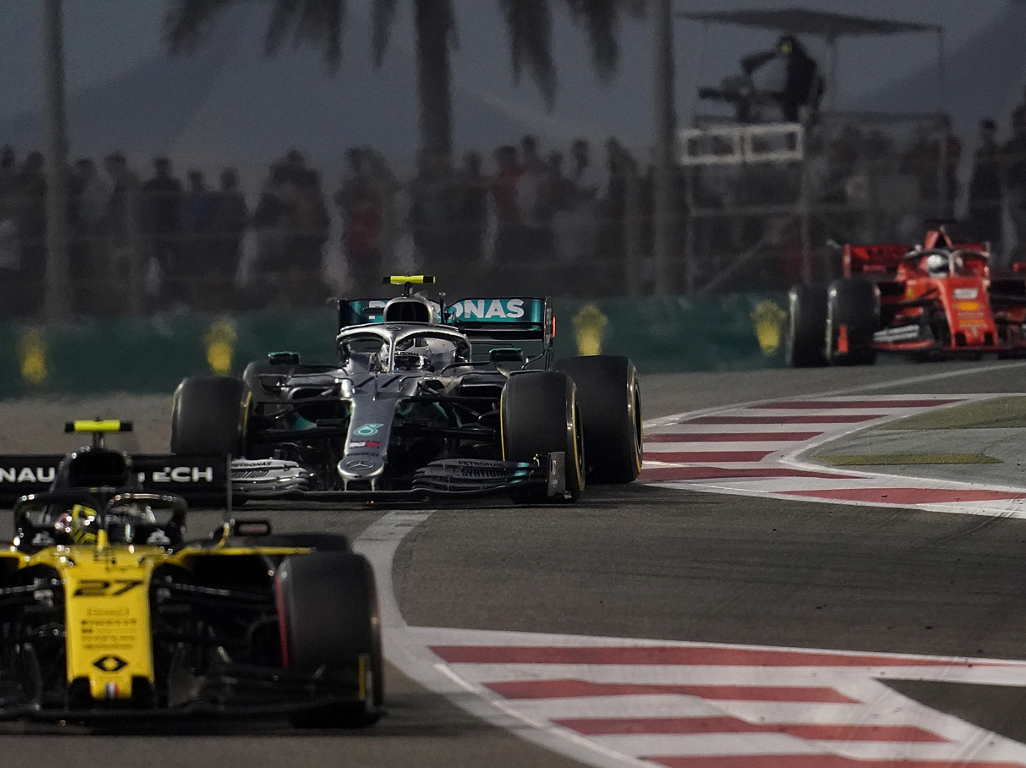 Although Jolyon Palmer applauded the “unconventional” passes that Sunday’s DRS issue led to in the opening stint in Abu Dhabi, he feels F1 cannot ban the overtaking aid.

Formula 1 introduced the Drag Reduction System, DRS, back in 2011 in the hope of boosting the flagging numbers of overtakes.

Pundits and fans alike either love it or hate it.

Sunday’s Abu Dhabi Grand Prix offered a brief glimpse of what the sport would be like without DRS after a server crashed and it was out of action for the first 17 laps of the grand prix.

During that time Valtteri Bottas, who started P20, raced his way into the top five, aided in part by drivers ahead of him pitting.

Those pit stops put Sebastian Vettel behind the Mercedes driver with the Ferrari driver unable to make a pas. Neither could Alexander Albon, who tried to take a position off Vettel.

With some good moves taking place in that opening stint, the debate over DRS has once again been opened.

“I would say on a whole no, don’t ban DRS,” the Brit said on BBC Sport’s Chequered Flag podcast.

“I actually way preferred the first half of the race with no DRS, we saw some good moves, Turn 5 – Valtteri Bottas, [Carlos] Sainz tried to pass [Daniel] Ricciardo.

“It was unconventional stuff around the outside, it was good stuff, we saw some late-braking moves.

“But, while that’s all well and good, what we want to see is racing at the front, and for that I think we need DRS.

“For the top teams on an even strategy, we just need DRS.

“When someone has pitted, like we had when Vettel was behind Bottas [in Abu Dhabi], who was behind Nico Hulkenberg who hadn’t pitted in a Renault, that was a nice train.

“But that’s never going to decide the race, so I think we have to focus on what will give us a better battle at the front, which is effectively what everyone is tuning in for, and that is DRS.”