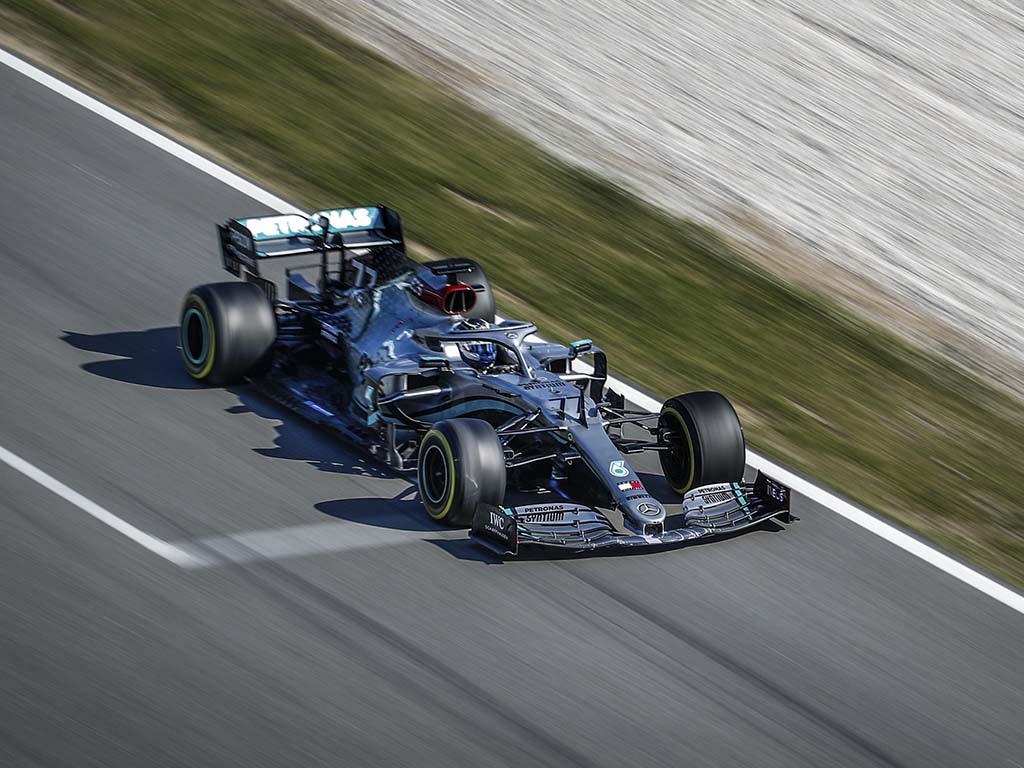 F1 testing at the Circuit de Catalunya in Barcelona has concluded with Valtteri Bottas and Mercedes topping the timesheet on the final day.

Bottas replaced Lewis Hamilton in a scheduled change at the lunch break and proceeded to dislodge the morning pacesetter, Daniel Ricciardo, by 0.080s with a 1:16.226.

After an afternoon of tinkering and tweaking, Red Bull’s Max Verstappen re-emerged from the pit lane for one final late attack but fell 0.073s shy of knocking Bottas off top spot.

He was on course to take P1 on his next push with some fresh C4 tyres on, but lifted off in the final sector.

Verstappen, Bottas and the rest of the Formula 1 field in fact, all resisted the urge to go on an all-out glory run to steal all the main headlines heading toward the season opener in Melbourne.

Bottas’ best on the final day was half a second slower than the quickest time of pre-season testing which he set on day three.

The overall pace, though, did hot up slightly with Red Bull, Ferrari, Racing Point, Williams, Alpha Tauri and Haas all setting their best times of testing on the final day.

Romain Grosjean, Kimi Raikkonen and Alexander Albon all had off moments in the morning session, but the afternoon session in increasingly gloomy conditions was a much more gentle affair as teams predominantly focused on some final race simulations.

Although Ferrari continue to cast a dreary outlook on their 2020 season chances, their race run data appeared to put them on about a par with the same lap times that Lewis Hamilton was producing on Thursday before an anomaly with the oil pressure halted his running.

But, of course, we will not start to get the real answers until Melbourne, which is now the next stop for Formula 1 teams ahead of the first race of the season on March 15.