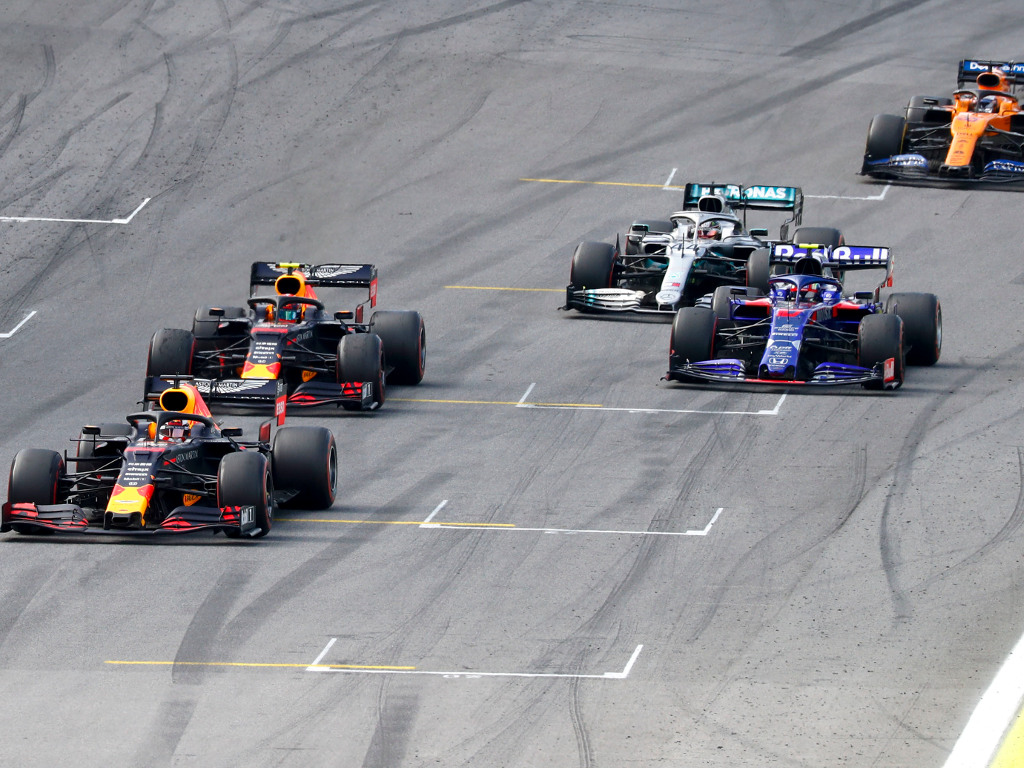 With two exciting restarts at the Brazilian Grand Prix, Ross Brawn says F1 will examine the procedures to ensure more of the same in the future.

This year Formula 1 tweaked the restart rule for what a race resumes after a Safety Car period.

Unlike in previous years when drivers could attack after the Safety Car line, now they are only permitted to overtake after they’ve crossed the start/finish line.

That meant both Lewis Hamilton and Max Verstappen weren’t unable to bolt as they led the field for restarts at the Brazilian GP, instead bunching up the pack.

Brawn was especially impressed with Verstappen’s actions at the second restart that saw the Red Bull driver race to the victory.

“He was particularly strong at the second re-start, when he slowed the field right down with the aim of ensuring no one would be able to slipstream past him and snatch victory,” he told Autosport.

“It was an exciting and fascinating restart, which will be analysed very carefully, as the closeness of the pack in the seconds leading up the green flags resulted in a thrilling spectacle as drivers jockeyed for position and where the slightest advantage proved decisive.

“Examining the possibility of procedurally recreating those conditions in future is an interesting concept and one that will undoubtedly be explored in the coming period.”