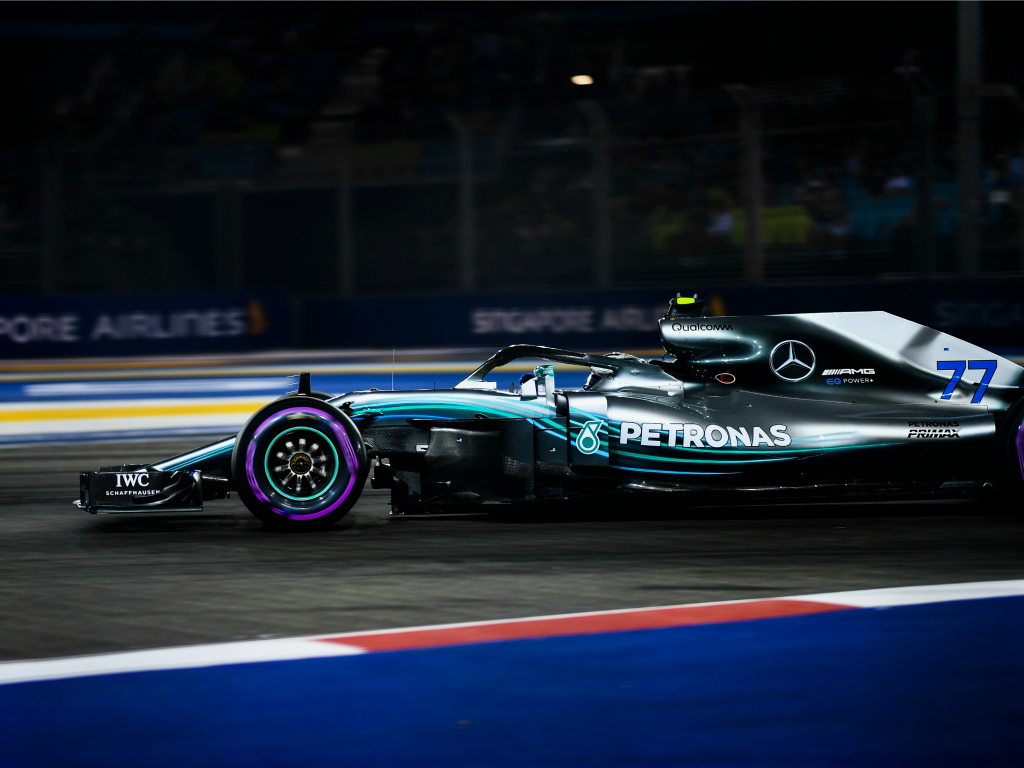 Formula 1 will not extend the blue flag margin past its current time of 1.2s, despite Valtteri Bottas calling for just that in Singapore.

Chasing Nico Hulkenberg to lap him, Bottas was frustrated with the Renault driver and the stewards as he felt Hulkenberg should have been shown blue flags to move over.

The German, though, was more than 1.2s ahead of Bottas meaning there would be no flags until the Finn closed the gap.

However, given the nature of the circuit, Bottas was struggling to do just that.

"I was stuck behind Hulkenberg, I couldn't trigger the blue flag."

Charlie Whiting, though, says the FIA won’t extend the margin out to 1.6 or even 1.4s.

“This time last year it was one second, and we had discussions, and we opened it up to 1.2s,” he told Autosport.

“I don’t think we should go any more than that, because then you get into a situation where a driver has to back off and lose a lot more time than he really should to let the other car through, if he’s got to do it at his earliest opportunity.

He added: “I think it’s reasonable to expect that a driver can get within 1.2s. Everyone else did except Valtteri.

“I don’t know why that was. Maybe his car wasn’t exactly how he wanted it. I spoke to him earlier and he said he just couldn’t make any headway.

“That’s not our problem, without wishing to sound unkind.

“Everyone else was abiding by that and had to work to that, so we couldn’t make an exception for him.”