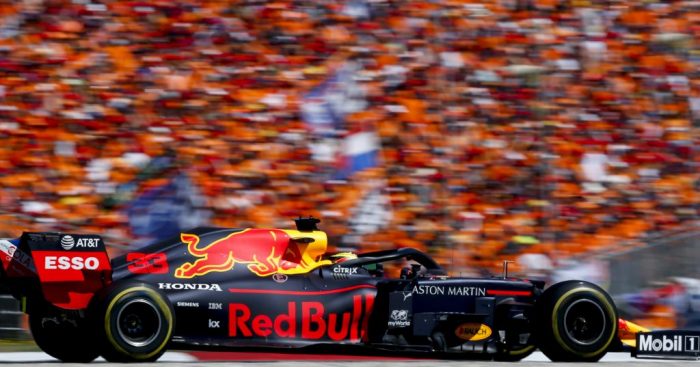 Honda have announced their target of another engine upgrade in 2019 with focus on an improved qualifying mode.

The Japanese manufacturer picked up their first win in Formula 1 since 2006 after Red Bull’s Max Verstappen drove to victory in Austria.

The Dutchman qualified P3 but dropped to P8 after a poor start, though he was able to work his way back through the pack and preserve his tyres to triumph over Mercedes and Ferrari.

Cooling issues were the downfall for Mercedes at the Red Bull Ring, and Honda F1 technical director Toyoharu Tanabe knows extra qualifying performance must be their next step, while also continuing to improve race pace.

“We try to use our engine as hard as we can,” Tanabe told Motorsport.com.“It’s not easy to make it higher immediately.

“But we keep developing, maybe in the next spec or update. But not the next race!”

Honda introduced its Spec 3 engine in France, though the updated combustion engine and turbocharger didn’t provide a noticeable boost for Red Bull or Toro Rosso.

The biggest deficit for Honda is in qualifying, while in race setup Red Bull regularly compete with Ferrari.

“Yes, we see a bigger gap in qualifying compared to the others. In the race we are still behind but not as much as in qualifying,” Tanabe agreed when asked if qualifying performance was hurting Honda the most.

“So it means the next step we need to catch up is a qualifying mode or something, but it’s not easy.”