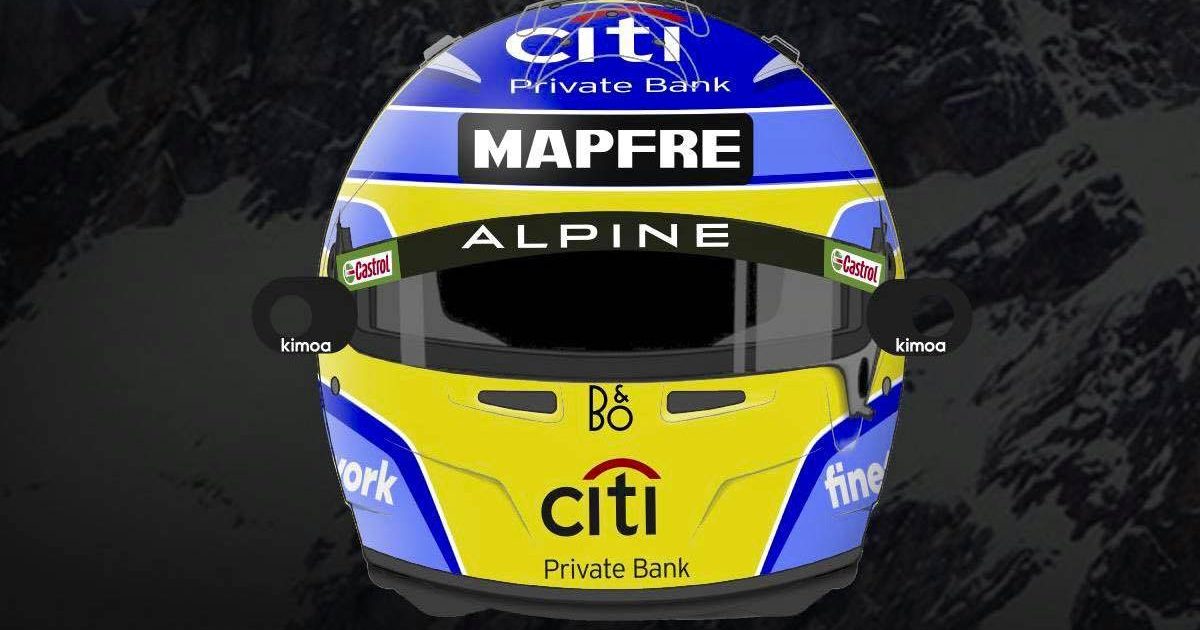 Fernando Alonso has seen his new challenger for the 2021 season, his comeback year, and now he has his new helmet too.

After two seasons away from Formula 1 Alonso returns for the 2021 campaign with Alpine. While it is a year of change for the team, now operating under Groupe Renault’s Alpine division and with a new driver line-up, really there is plenty of familiarity.

Back in 2005 and 2006 Alonso won both of his World Championships with the Enstone outfit when they were known as Renault.

Sadly Alonso could not be present at the virtual launch of Alpine’s 2021 challenger, the A521, but like the rest of the motorsport world he has now seen his stunning new car for the upcoming season.

And, to go with that, the Spaniard has also unveiled his brand new helmet design.

The helmet very much takes inspiration from Alonso’s title-winning days back in 2005/06, achieved when Renault sported that stunning blue and yellow livery.

As well as the Alpine name, new to Alonso’s collection of sponsors for 2021 is Spanish fibre and mobile telecommunications operator Finetwork visible on the side of his new lid.

The familiar Kimoa branding is also present, a fashion brand of which Alonso is a founding investor.

Returning at the age of 39, it remains to be seen whether or not Alonso can return at his prior level, which earned him the reputation of being one of the best all-round drivers in Formula 1.

But, he very much believes age is only a number, and is ready to take on the “challenge”.

“I normally think it takes every driver on the grid three or four races to optimise everything on a new car, maybe a bit more if you change teams or if you are new to F1,” he said in an Alpine Q and A.

“To be 100 per cent up to speed it can take at least the first couple of races, but it’s the same for everyone.

“I’m ready to take on the challenge, I never race against anyone thinking how old they are or questioning how many races they have done in F1. I respect everyone all the same.

“And to be honest, the same drivers that were performing at the top in 2018 are still here now, so I know our opponents well.”