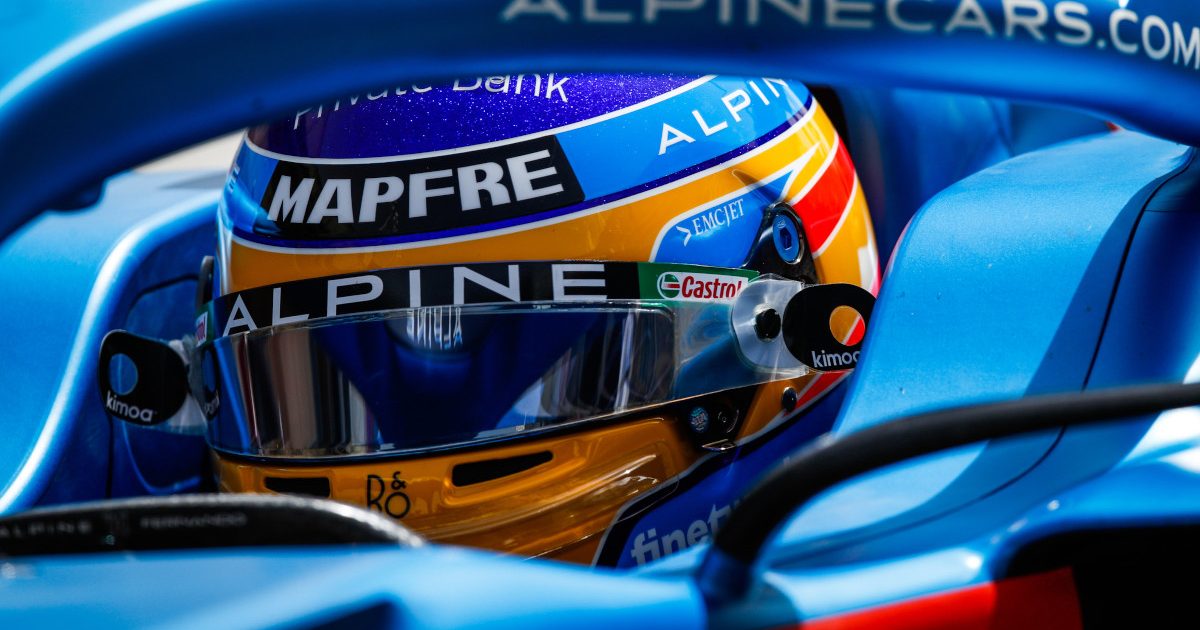 Alpine chief executive officer Laurent Rossi says Fernando Alonso is doing everything right to retain his seat for the 2022 season.

After two years away from Formula 1, Alonso made his comeback this season with Alpine, signing a one-year deal with an option for a second season.

While the Spaniard made a slow start to his return, out-performed by his team-mate Esteban Ocon, it is Alonso who has gone on a charge in recent races.

Stringing together a run of five top-ten results, he’s up to P11 in the Drivers’ standings, 12 points ahead of his team-mate.

His sublime start in the sprint qualifying for the British GP, up from 11th to fifth on the opening lap, caught the eye while Daniel Ricciardo, having battled Alonso, said the double World Champ’s race craft has been “the best on the grid” this season.

It’s no wonder that Alpine are already considering taking up their option.

“He is doing great,” Rossi told BBC Sport in an exclusive interview.

“He is as fast as ever. He is certainly extracting the most out of the car.

“The car is not incredibly fast and he still manages to get some super-hot laps and qualify the car very well. So far, so good.”

Asked whether Alonso would stay for 2022, Rossi said: “He is doing everything for me to consider exercising this [contractual] option.”

Rossi explained that he has also been impressed with Alonso’s attitude, adamant that unlike comments made in the past by others, he finds it “incredibly easy to work with him.

“It has been six months, and I don’t recognise the Fernando that people describe.

“We both expect the same thing from the team. Always challenging any decision, any status quo, to systematically take things a notch up: ‘It is never enough. Getting a point is not good. Getting two points is not good. Finishing second, when it happens, is not good enough. Finishing first – we need to keep being first.’ I like this attitude.

“It is challenging everyone all the time but very respectfully. And he can do it because he has proven himself so it is not like he wants to deflect responsibility.”

But beyond 2022 has yet to even be considered.

He's pretty good at these race starts, isn't he? 🚀@alo_oficial absolutely aces it at lights out in the F1 Sprint #BritishGP 🇬🇧 #F1 pic.twitter.com/RpA4JnDr1v

Alpine have a host of young drivers knocking on the door with Oscar Piastri and Guanyu Zhou leading the charge.

Rossi added: It will be a rich man’s problem if at the end of 2022 I have the likes of Piastri and Zhou knocking at the door and at the same time Fernando winning race after race.

“At least I have those options.”

According to reports, Alpine have approached Williams about the possibility of the Grove team giving Zhou his debut season next year.

“We’ll push them to be an F1 race driver, regardless of whether for now [that’s] with other teams,” Alpine Academy director Mia Sharizman told Formula Scout.