Home News Alonso/Kimi Austin tangle was ‘a foul both ways’ 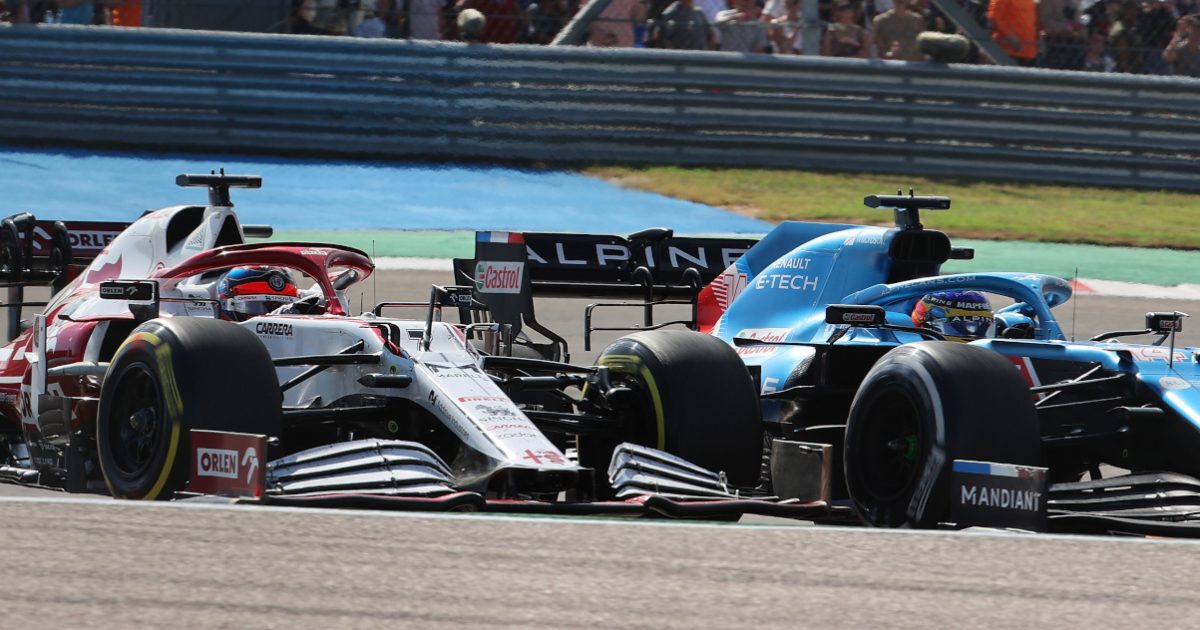 After reviewing the Turn 1 tangle between Fernando Alonso and Kimi Raikkonen in Austin, Michael Masi has reached a conclusion – they fouled each other.

Alonso was involved in separate incidents with both Alfa Romeo drivers at the opening corner of the Circuit of The Americas during the United States Grand Prix.

In the first of them, the Spaniard was overtaken by Raikkonen, whom he had forced to run off the track by pushing him wide, and immediately got on the team radio to insist the place be given back – which it was not as the stewards decided no infringement had occurred.

Masi, the FIA race director, has refused to let the matter rest and taken another look at it, discussing the incident with the stewards. It was raised again in the drivers’ briefing at the Mexican Grand Prix and an official view has now been finalised.

“Having had a very long look at it, together in a discussion with the stewards both following the event and since, there were probably two fouls in that scenario,” said Masi, quoted by Autosport.

“Fernando forcing Kimi off track was the first part of it, and going wide there, and the second part was Kimi shouldn’t have overtaken, shouldn’t have gained and completed a manoeuvre as a result.

“So with the benefit of time and having a look at it all and everything else, it would have effectively been two fouls, one either way.”

Incidents that have divided opinion have been occurring all season and the latest one was in Mexico, where Daniel Ricciardo hit Valtteri Bottas at the exit of the opening corner, spinning the Mercedes around, and yet the stewards took no action.

There were claims of inconsistency considering that when Pierre Gasly tagged Alonso at the first corner of the Turkish Grand Prix, he was given a five-second penalty and two licence points.

“I don’t think there is a lack of consistency because you have to treat everything on its merits,” said Masi.

“You have to look at each incident and see how it goes. For starters, Turkey was wet, Mexico was dry and completely different corner configurations. There’s a whole lot of things, so I don’t think there is.”

Expanding on the different circumstances, Masi added: “Having a look at the proximity of the cars, of where they all are compared to each other. There’s a whole lot of different factors that come into it.

“The stewards’ view on this occasion [in Mexico] was in their view it was a Turn 1 racing incident.”