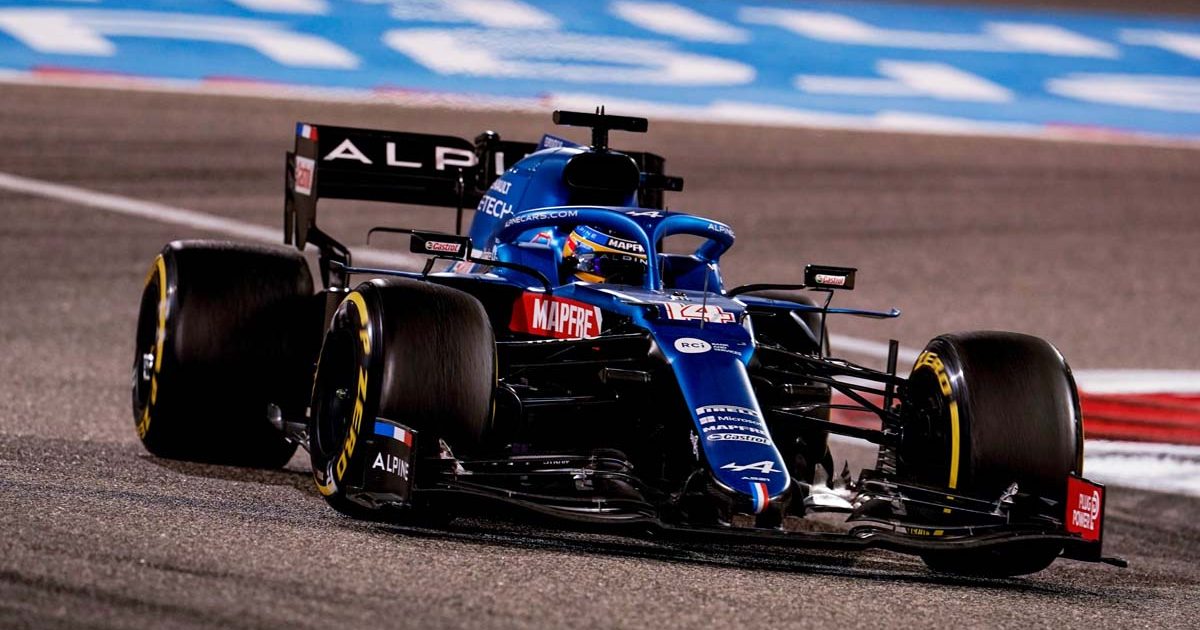 Fernando Alonso says that he hopes all of his and Alpine’s misfortune has been used up for 2021, after a peculiar retirement from the Bahrain Grand Prix.

A sandwich wrapper getting lodged in his car was the unique reason behind the two-time World Champion’s exit from the curtain raiser a fortnight ago, with team-mate Esteban Ocon also running into trouble after a collision with Sebastian Vettel during the race.

After an encouraging qualifying session saw Alonso make Q3 in his first race since returning to the sport, the 39-year-old hopes to convert that promise into a strong finish at Imola on Sunday.

“I think we have to fight to score our first points of the season on Sunday,” Alonso said. “Let’s hope all our bad luck for the season was used up in Bahrain!

“We’re still learning lots about the car and I’m expecting that the setup here and, of course, the weather will be very different to what we experienced in Bahrain.

“It should be pretty close and a few tenths of a second could make up a number of positions.”

Is it even #RACEweek if we haven't unveiled THE poster?
All the formats coming next 🤩#ImolaGP pic.twitter.com/AqZZIsOUbH

Having made a seamless return to the grid after a two-year absence, Alonso hopes to have more “fun battles” when the lights go out at Imola at the weekend.

For Alonso, it’s a return to the scene of a famous victory in 2005. The then-Renault driver famously held a charging Michael Schumacher behind him in a masterclass of defensive driving, when Schumacher had made his way up to P2 after starting P13 on the grid.

In the present day, the Spaniard admitted that, despite competing in different series and taking new challenges in his sabbatical away from the grid, nothing compares to the challenge of Formula 1 – something of which he was reminded in Bahrain.

“It was really enjoyable. I have missed the feeling and adrenaline that comes with qualifying in Formula 1, it’s like no other competition,” Alonso said.

“We were very pleased to make it into Q3 on Saturday and I felt comfortable to push quite hard.

“The result in the race was obviously not as we expected, but we were very unlucky to retire the way we did and, of course, Esteban was unfortunate to start where he did. In saying all of this, we had some fun battles on the track, and I look forward to some more this weekend.”