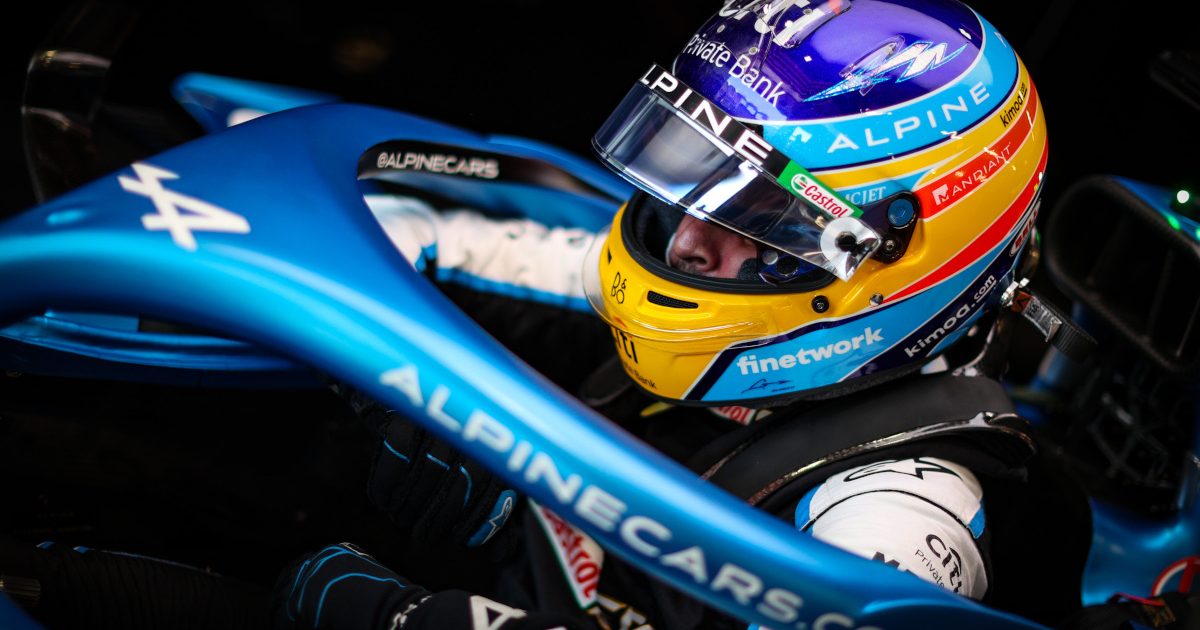 Alpine may not be as quick as the AlphaTauri or even the Aston Martin, but Fernando Alonso says his team can hold onto P5 in the standings.

Eight races remain on this year’s calendar, potentially only seven as F1 has yet to announce a venue for round 20, and Alpine are fifth in the Constructors’ Championship.

The team has bagged 95 points, 25 of those coming from Esteban Ocon’s Hungarian Grand Prix win, putting them 11 ahead of AlphaTauri.

But while Alonso feels Alpine’s A521 does not have the pace of the AT02, or even the AMR21, between himself and Ocon they have managed six double-points hauls whereas AlphaTauri are relying largely on Pierre Gasly to do the scoring.

Asked if Alpine can finish out the season P5, Alonso told Motorsport-Total.com: “I think we’re doing well in every way.

“We may not have a car that is on par with AlphaTauri or Aston Martin, but we can fight with them on Sundays and get points. And as long as we have the opportunity, we will of course also fight for fifth place.”

He added: “It is difficult to finish in the points with both cars every weekend. Even more so if you are not quite as competitive as we are from the first practice session.”

Good race. More points for the team on a weekend that weren't fast enough, but the great job from everyone gave us this P8. Work done 💪👍. @AlpineF1Team pic.twitter.com/4IvkXovswj

Alonso and Ocon brought in a further five points for the team at the Italian Grand Prix, the Spaniard eighth with his team-mate P10.

The double World Champion admitted prior to the weekend that he was worried that it wouldn’t be a good weekend for his team and, while both cars did score, it wasn’t where they wanted to be.

“We had already thought that we would not look super competitive there,” he said. “Unfortunately, that has been confirmed.

“That we still scored points is of course fantastic. That seems to be the strength of our team: taking the points on Sunday.

“We probably don’t have the fastest car in midfield, but we probably have the best team in midfield. That’s why we score points every Sunday.”

He added: “It goes back and forth. In Spa we were good in the dry, but not in the wet. In Zandvoort we were good all weekend, not Monza. It depends on the track.

“How it will be in Russia, Turkey and Austin, I don’t know. But I suspect better. Monza should have been our worst race. So let’s see.”